How do you pack a car for a road trip? Is there a method to your madness? Much of today was spent paring down the amount of stuff we had planned to take on the road with us. Ryan had bought this cool travel grill so we could have hot lunches on the road. The plan was to make easy recipes so we don’t have to buy lunch every day. One idea was to make walking tacos. Did you ever have those in middle school? If not, here’s there recipe (super easy): 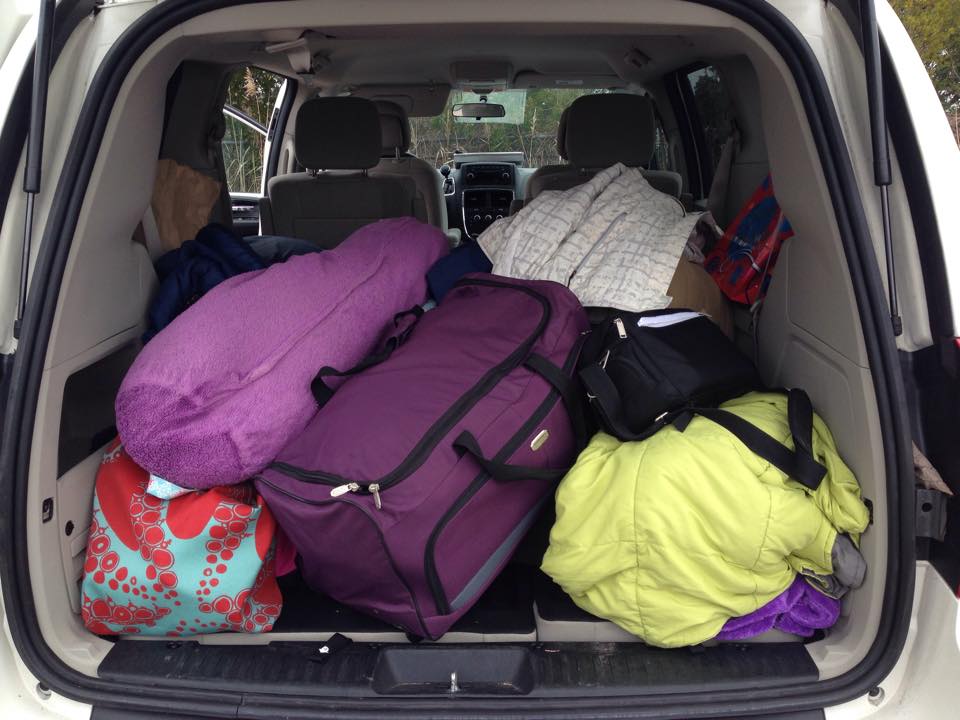 Sounds great doesn’t it? However, once Ryan put the seats down yesterday, he realized there was a problem. There isn’t going to be enough room for the grill. In order to make sure we can have food on the road, Ryan bought a great cooler. Surprise! It’s much larger than we expected. So we decided to ditch the grill and have sandwiches, etc on the trip instead. Ryan is gluten free so we bought some gluten free bread and I made some almond bread. I’m a little worried it didn’t turn out as well as usual because I mixed some coconut flour in with the almond flour and I think it’s a bit drier than usual. We’ll find out. It looks cute though, I added our initials in the top before I baked it.

Here’s the recipe for this one in case you like almond bread. It is very easy to make and from an ebook called Paleo Breads & Desserts: Satisfying Breads, Desserts & Breakfast Recipes by Elizabeth Goodwin.

In addition to bread I also made paleo “corn” dog muffins using this recipe. They’re super easy and really tasty. Since I don’t have a mini muffin pan, I just made it in a normal muffin pan. Her recipe makes 6 regular sized muffins using 1/3 of a hot dog in each. I also made a batch with a handful of shredded cheese thrown in. I’ll let you know how those turned out tomorrow on our way to Pensacola. The hot dogs sunk into the batter today. Last time they sort of stayed on top. 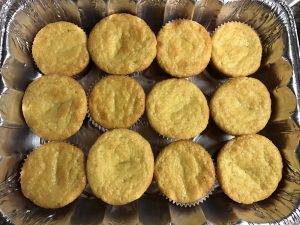 Enough food, but what about the car? We had to cut a few more items from our packing list. Ryan has a great plastic tub filled with an electric kettle, french press, coffee, clothes steamer, etc. Sadly, I think that’s getting left behind as well. Ryan also took one for the team and cut back to a smaller suitcase to make more room for the important things like food and wine. I feel a little guilty with my giant new suitcase. But look how pretty it is! It’s called Kelp Forest and for those of you who aren’t familiar with my marine biology background, it is very appropriate for me. Thanks Black Friday. 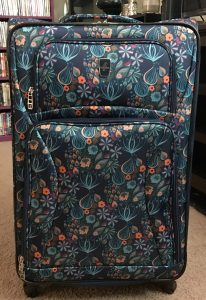 In the end we made a lot of decisions about stuff to leave behind. Unfortunately, we can’t pack most of the stuff tonight because there is a freeze warning and we can’t leave the wine and electronics in the car. So we’ll be up bright and early tomorrow to pack the car. It’s going to be a tough day as Ryan’s office Christmas Party is tonight and we’ll be out late. Thankfully it’s an easy drive even if it’s a long one. I realized that we haven’t mentioned where we’re going yet. Here’s an overview of what we think is going to happen:

I will tell you more about it tomorrow when we’re on our way. For now, I need to get ready for the party. We’ll post a photo of our adorableness soon! But for now, my question to you is whether you have a method to your packing or is it just chaos? How do you decide what gets left behind?

2 thoughts on “The Art of Packing a Car”