This weekend I took my first trip to LA. Ryan lived there for a while several years ago but this was a new location for me. My team and I flew out to attend the National Science Teachers Association Conference. We were presenting three sessions this weekend to help teachers teach about electricity, size and scale, and engineering. As all three of them were on Saturday we spent the rest of the weekend exploring the area. 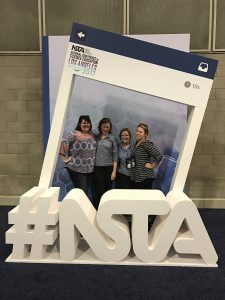 After we arrived in LA, we hopped in our rental car and set off for LA Live, where our hotel was located. As we were scooting down the 110 (it’s helpful to arrive in LA around 10 to miss rush hour) we saw a sign for La Brea Avenue. So we made a spontaneous decision to detour even though all we wanted to do was check in to the hotel and take a nap or have lunch. A five hour flight plus another hour driving around the tarmac waiting for a gate will wear you out. Especially when you’ve been up since 5 am EST. We were surprised there were working oil derricks in the middle of town. I guess we shouldn’t have been since we were familiar with the tar pits. 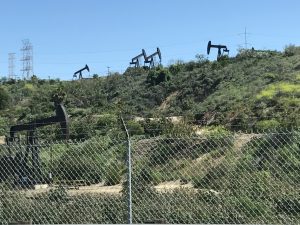 So we set off for the Tar Pits. Expert tip: take the very first spot you find so you don’t drive around for 30 minutes looking for parking. Once we made it to the tar pits we were a little surprised by the set up. The tar pits are in the middle of the city surrounded by high rises and museums. You start by passing the Lake Pit. They have big statues of a mammoth stuck in the water with its family trying to reach it from the shore. It mostly looks like a really dirty lake and smells like tar. However, I was super fascinated by the methane bubbles popping up. I thought they had aerators in the pond to make it look more realistic but it’s real! 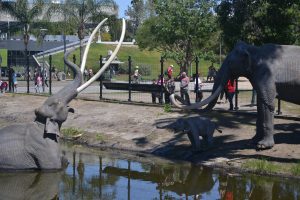 From the main pond we went into the museum. We started in their atrium which I found somewhat disappointing. I think I was expecting them to have birds and butterflies and other things than plants and a couple koi. The museum itself was pretty neat though. They had lots of examples of skeletons that have been pulled out of the tar pits. I enjoyed looking at the saber tooth cat, the ground sloths, and the dire wolves. They had a whole wall of dire wolf skulls. Emily and I took a wolf pack shot to support NC State. 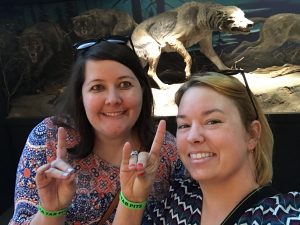 After we finished in the museum, we walked around the grounds. We got to see several different types of tar pits that looked more like what I expected. I even got a great series of shots of a tar bubble popping. I thought it was going to be super exciting and make a big mess. It mostly collapsed under pressure. 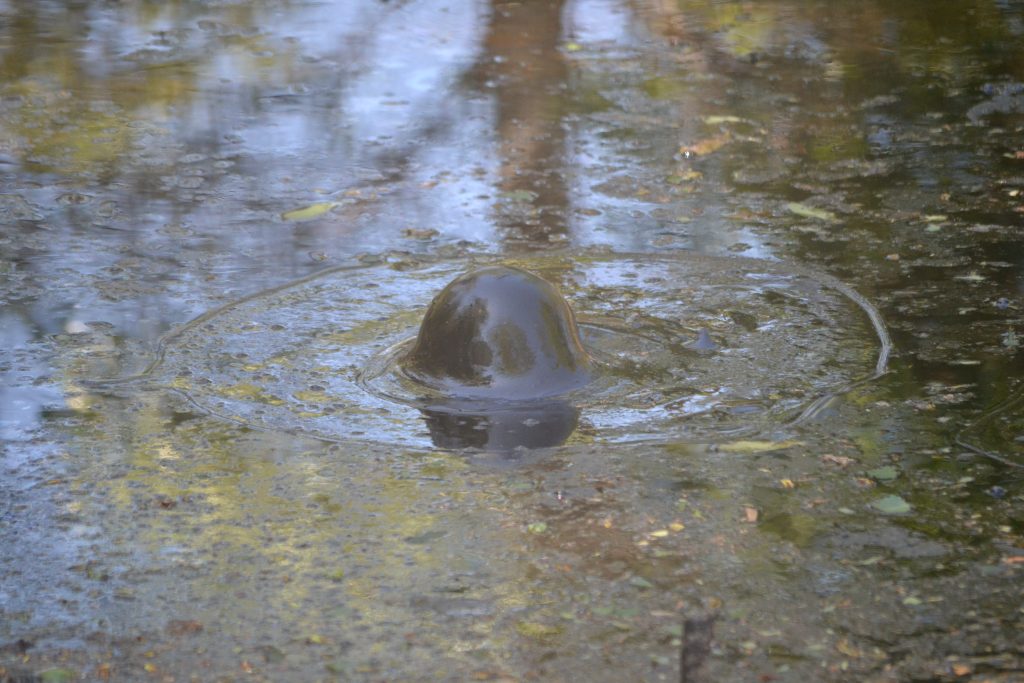 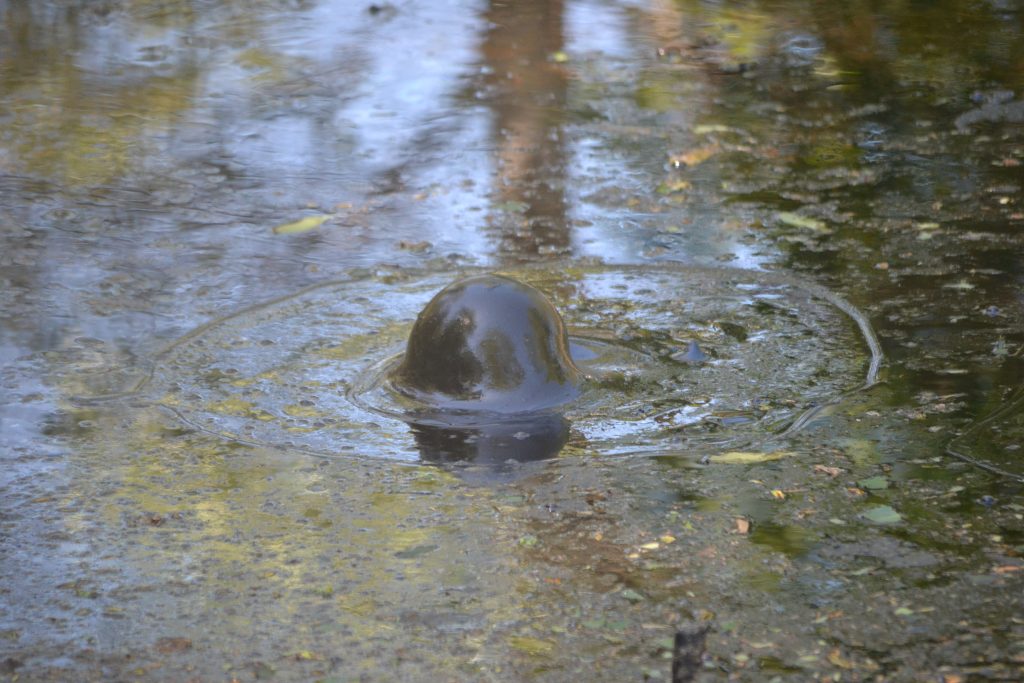 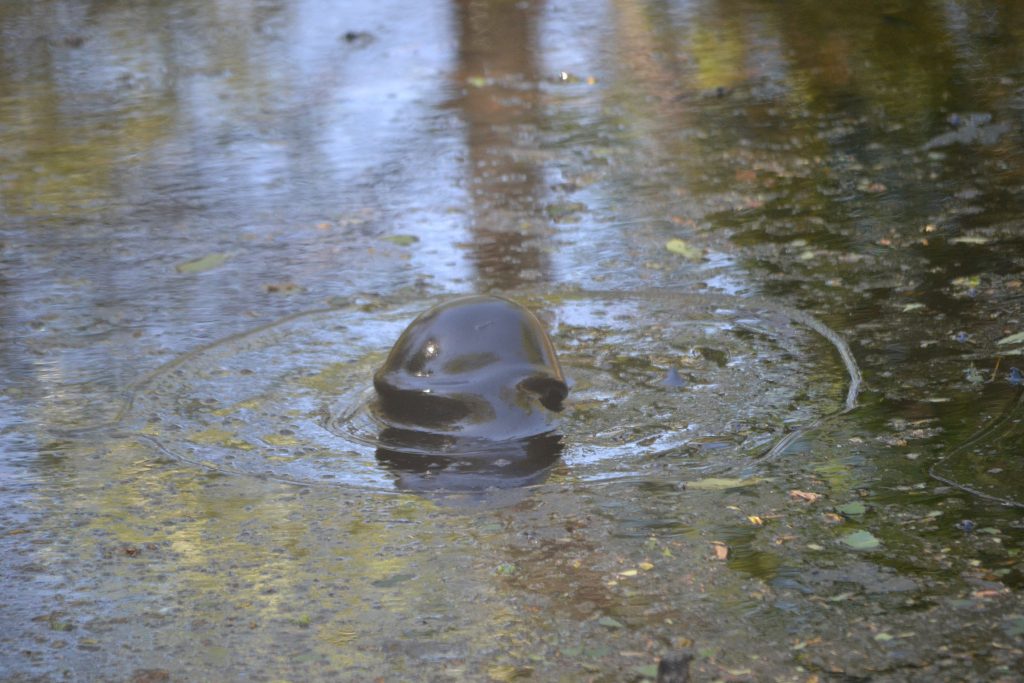 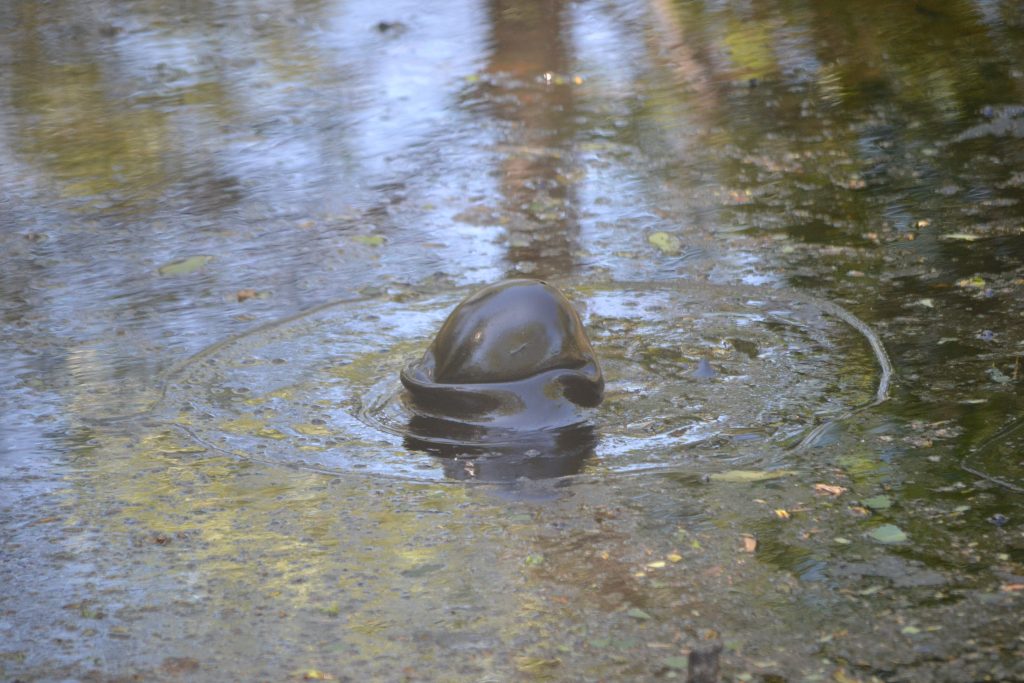 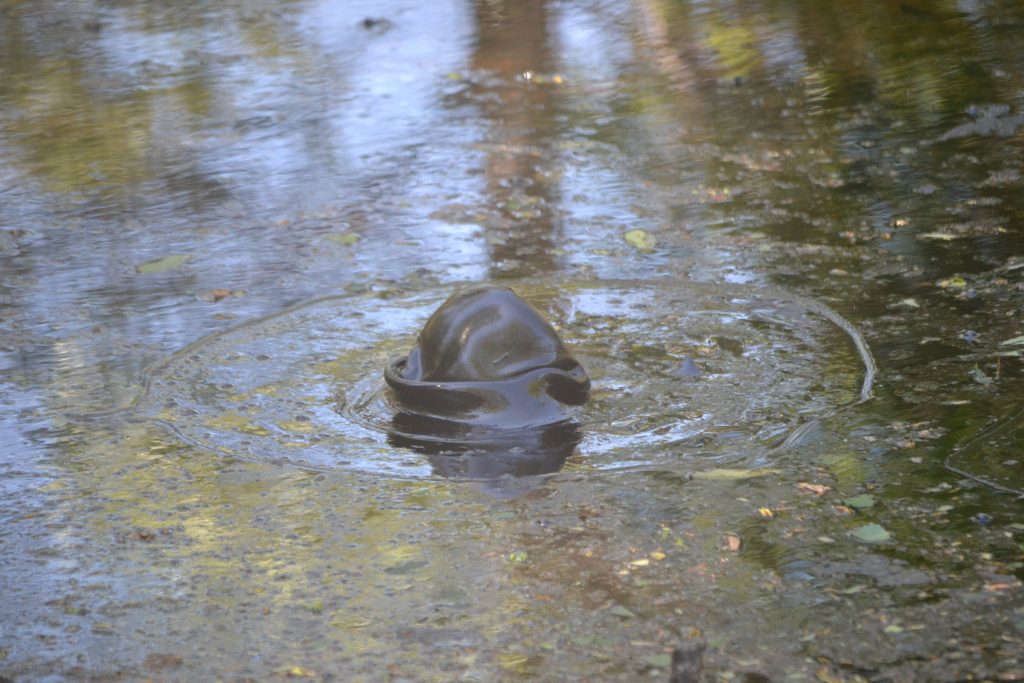 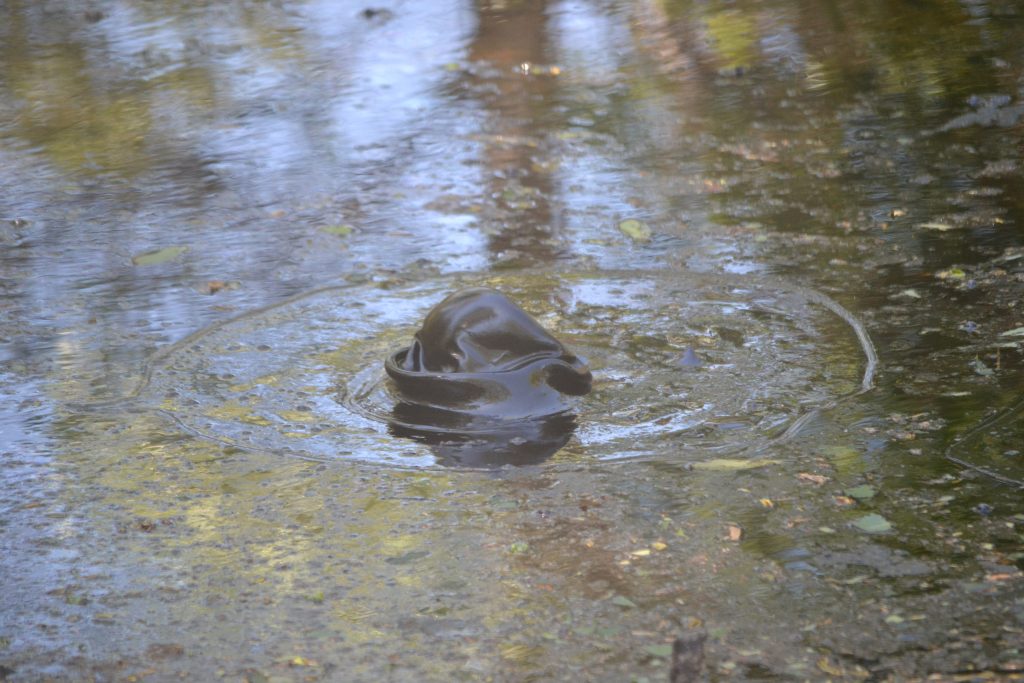 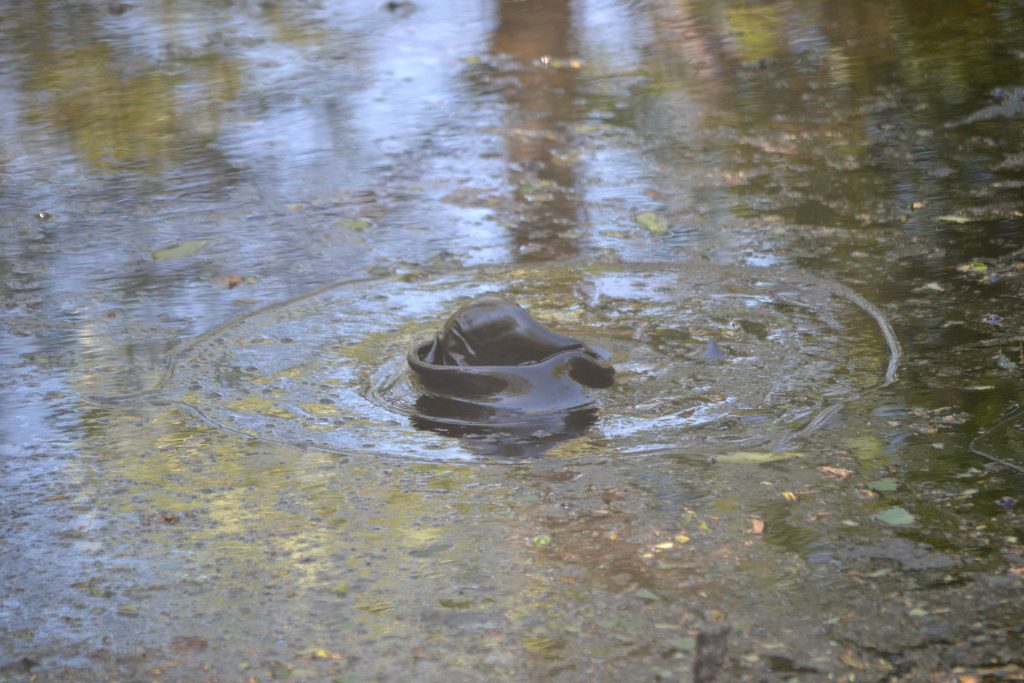 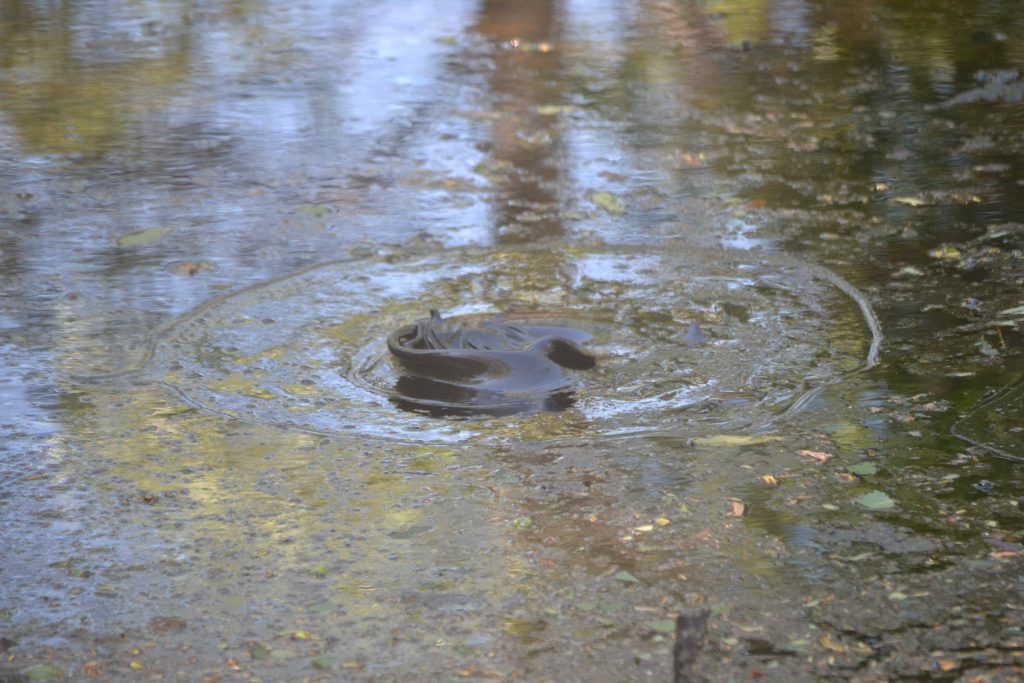 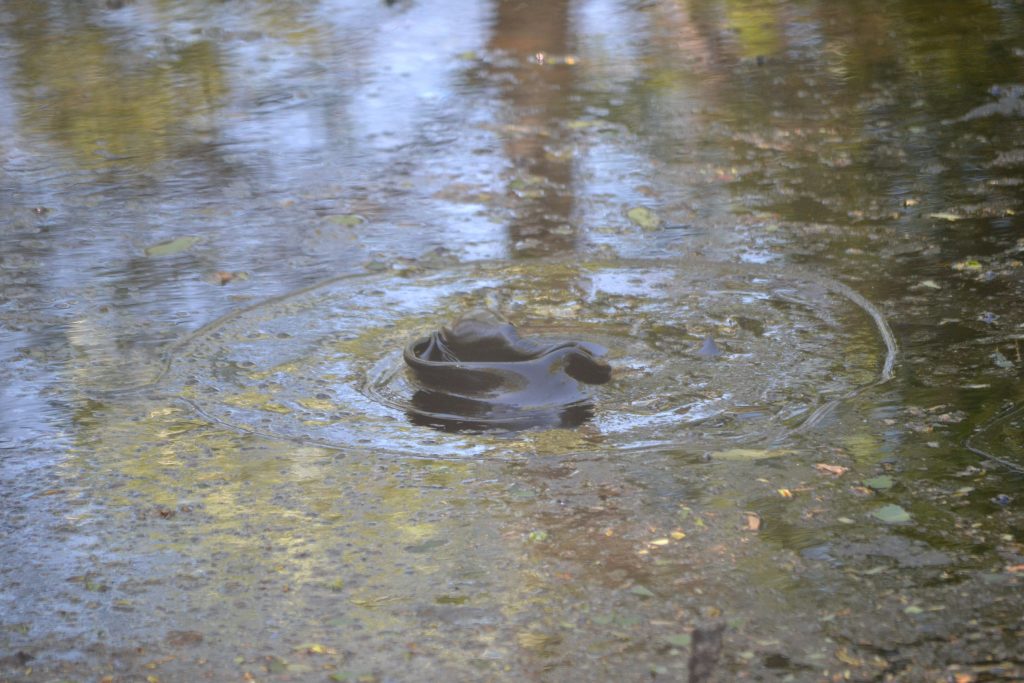 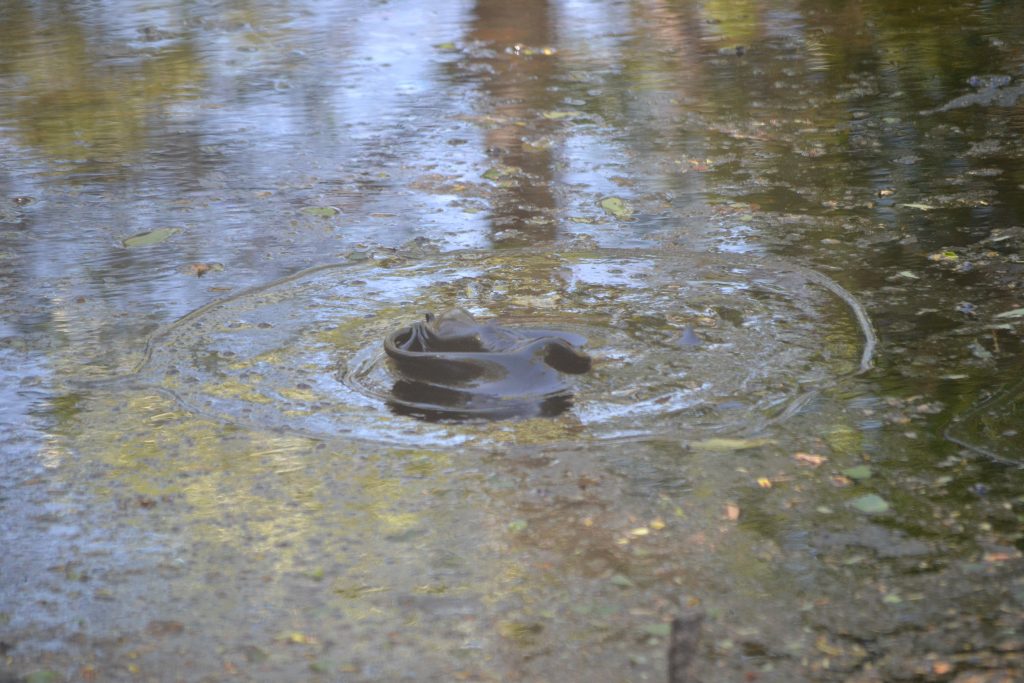 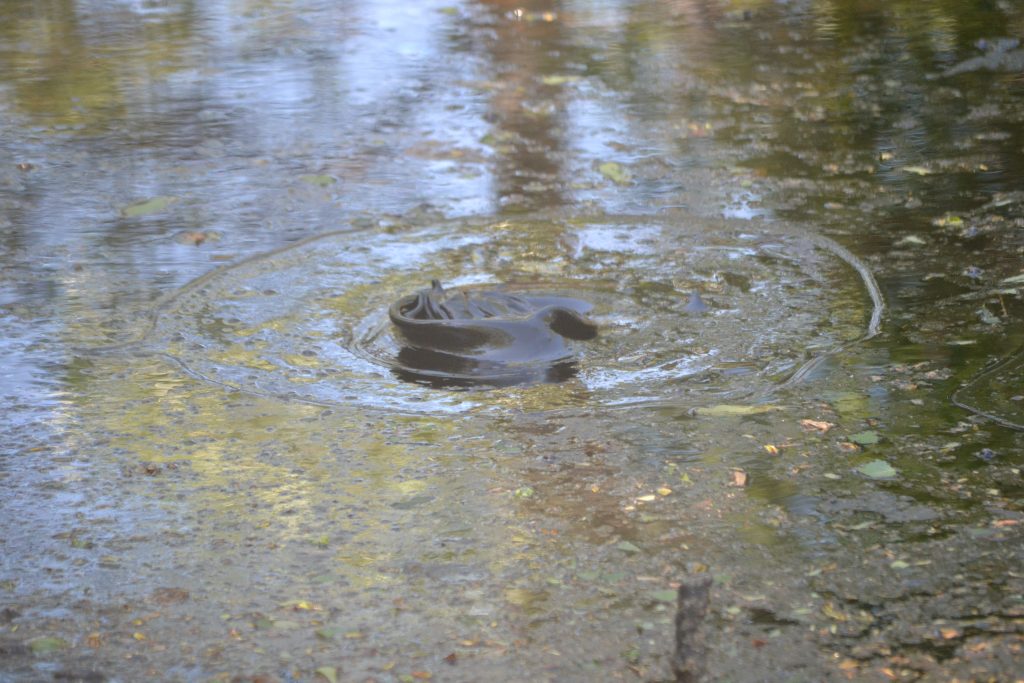 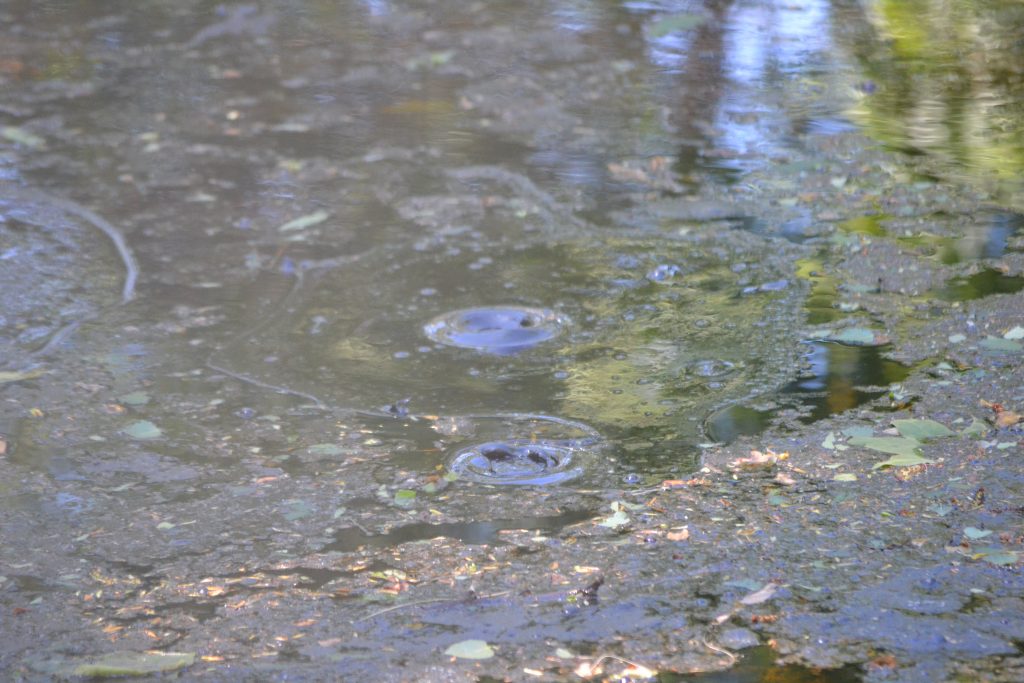 We explored their excavation sites and watched some scientists extracting some fossils. Then we had the most exciting moment of the day. We found some cones in the grass that said “sticky”. It turns out the tar is still seeping up through the grass. So being the science nerds we are, we went and poked it. It was pretty neat. I probably would have brought some home if I had anything to put it in. 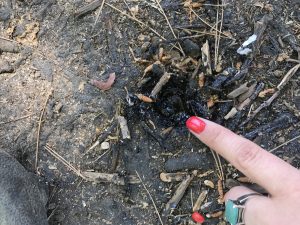 We left the tar pits and stopped in the Folk Art Museum. They were having an exhibition on books which I enjoyed from the lobby. We mostly wanted to check out the gift shop to see if we needed to support any local artists. Short of buying dolls made out of cat hair and kits to do your own book binding, there wasn’t anything super unique. I checked out a beautiful necklace as it was my birthday and I was considering treating myself but it was way out of my budget. 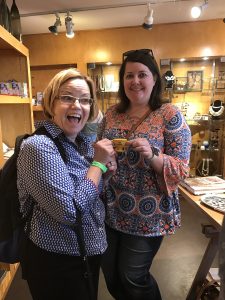 So we headed to our hotel to drop our stuff off. Then we set off for a restaurant called El Cholo. It came highly recommended by a friend of Emily’s and the concierge. We all had a really awesome lunch. I think it was the best food I ate all trip. I had Enchiladas Mariscos with lobster and shrimp in it. It was awesome. The margaritas were pretty spectacular as well. Since Katherine and I were celebrating our birthdays this week, the waitress brought us some flan and sombreros to wear. It’s always a good time with these ladies. 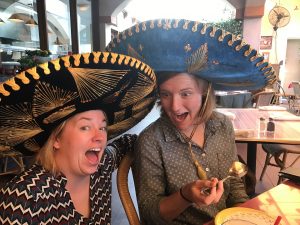 Then we headed out to the convention center to check in and find our rooms. NSTA is a large conference and always has a lot of vendors in the exhibit hall. I saw a few people and companies I knew. 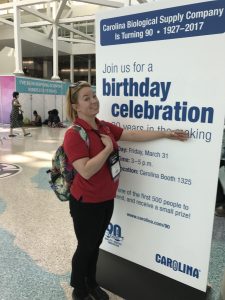 Everyone was pretty tired so we headed back to our hotel to rest. Katherine and I went up to the roof top pool to enjoy the Jacuzzi. After sitting on a plane all morning and then walking around LA Live, it felt pretty great. I finished off the night with drinks with my friends Tami and Sarah from the National Marine Educators Association and birthday cake. It was a a great day. 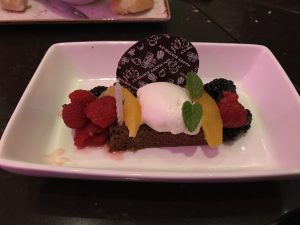 Saturday was spent doing sessions all over the place. We had a great turn out for all of the sessions. Everyone seemed to enjoy what we had to offer. We even had people from around the world emailing us asking for resources because they couldn’t make our sessions. One of our sessions took place in a parking garage, which I have to say is the weirdest place I’ve ever hosted a conference session. 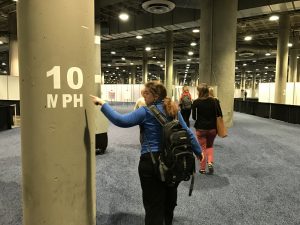 Based on a recommendation from Emily’s friend, we had made reservations at Bona Vista Rotating Lounge at the Westin. It was lovely. We had a great time and we got to see the entire city. Although we had seen the Hollywood sign through the buildings on our way to La Brea, it was really beautiful from higher up. I got some fun photos of the sunset, although I waited too long to watch it go behind the mountains. Our table was on the other side of the building at that point. The drinks we had were lovely (photo) but the food was somewhat underwhelming. But we do recommend it if you only have a short time in LA. 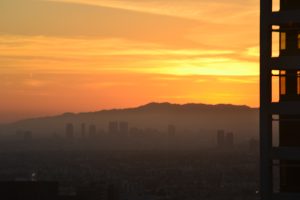 Have you been to LA? What is your must see location? Stay tuned for my next post on Hollywood! (You can read it here!)