It was barely 45 minutes from the Farm to my family’s house in Noblesville, Indiana (just north of Indianapolis), and it flew by quickly. My nephew Will was waiting for us at the front door when we pulled up, and my sister Michele had some delicious chili stewing in the crockpot. After getting a tour of their wonderful house, the very first thing we wanted to do after our camping trip was take a hot shower! With that out of the way, we settled in for dinner and conversation to catch up. Afterwards, we all sat down to exchange late Christmas presents.

Eating ice cream was on my trip bucket list for this vacation, and my brother-in-law Ted mentioned that he knew of a delicious spot called Handel’s that was not far from the house, so the 5 of us piled into their truck to check it out. I got a Hurricane (similar to a DQ Blizzard) with Reese’s peanut butter cups, and Megan got a scoop of Chocolate Peanut Butter Brownie. Will got a huge cup of chocolate cookie dough and brownie Hurricane and I’m pretty sure he was in heaven!

Will and I played with some action figures Grandpa got him for Christmas for a little while, and after it was his bedtime, Michele, Megan, Ted and I watched the Magnificent Seven. We were beat so we headed to bed shortly after. The next morning Michele made us an excellent sausage, egg and cheese hash that I personally ate way too much of. Still worn out from the traveling, we all had a lazy morning and afternoon, consisting of lots of lounging, video games, a movie and building some legos with Will.

After the babysitter arrived, the four adults headed to take an evening tour of downtown Indianapolis. Our main destination was Monument Circle, which had been decorated with beautiful lights for Christmas. We were famished however, so the first stop was the Yard House, where we enjoyed a delicious meal and a few drinks. We then got a tour of the main monument in the circle, which had been decorated to look like a gigantic christmas tree. 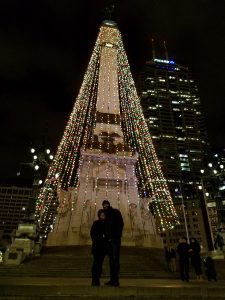 There were some cool bear statues hanging out on the corners, so I had jump up and get some photos with them. 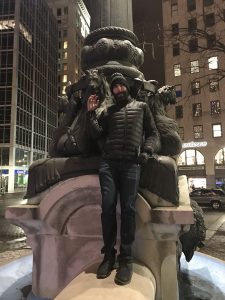 Our final stop in the circle was the South Bend Chocolate Company’s Cafe. It was too late for coffee, but just the perfect time and temperature for a nice hot chocolate. I hadn’t had hot chocolate for at least a decade before this, so this especially delicious hot chocolate was a treat for sure. I was apparently very serious about my hot chocolate, so Michele snapped this photo while I was enjoying it. 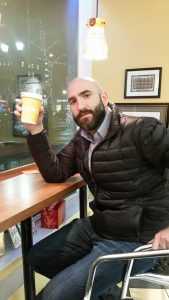 Arriving home a short while later, we stayed up to chat until late in the evening. Sleeping in until around 10 the next day, I enjoyed a cup of Michele’s excellent coffee before we gathered up our things, said our goodbyes and and began the long journey back to Raleigh.

What was the best tour you’ve ever been given by the locals, in a city you’ve never been to before? 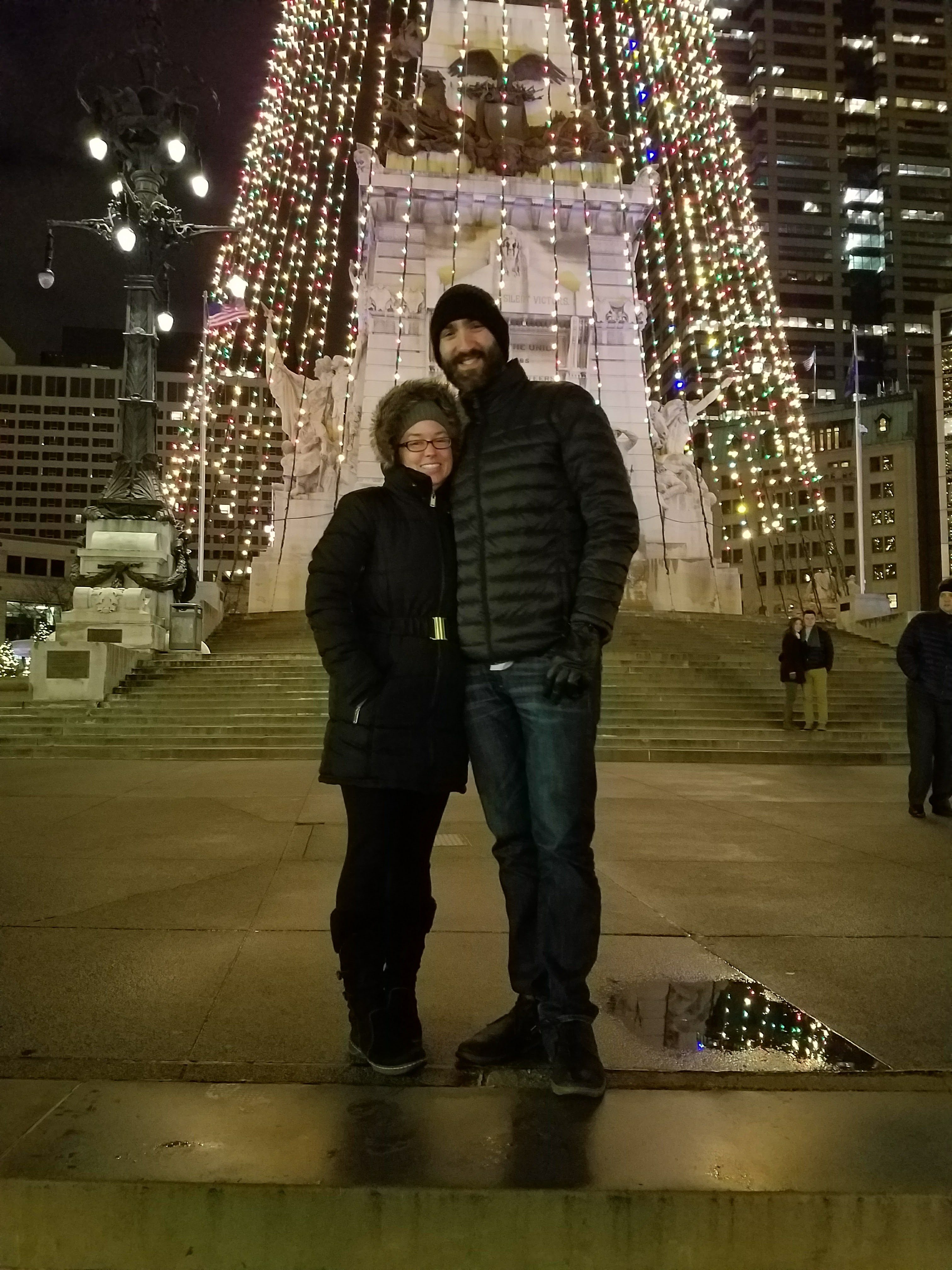 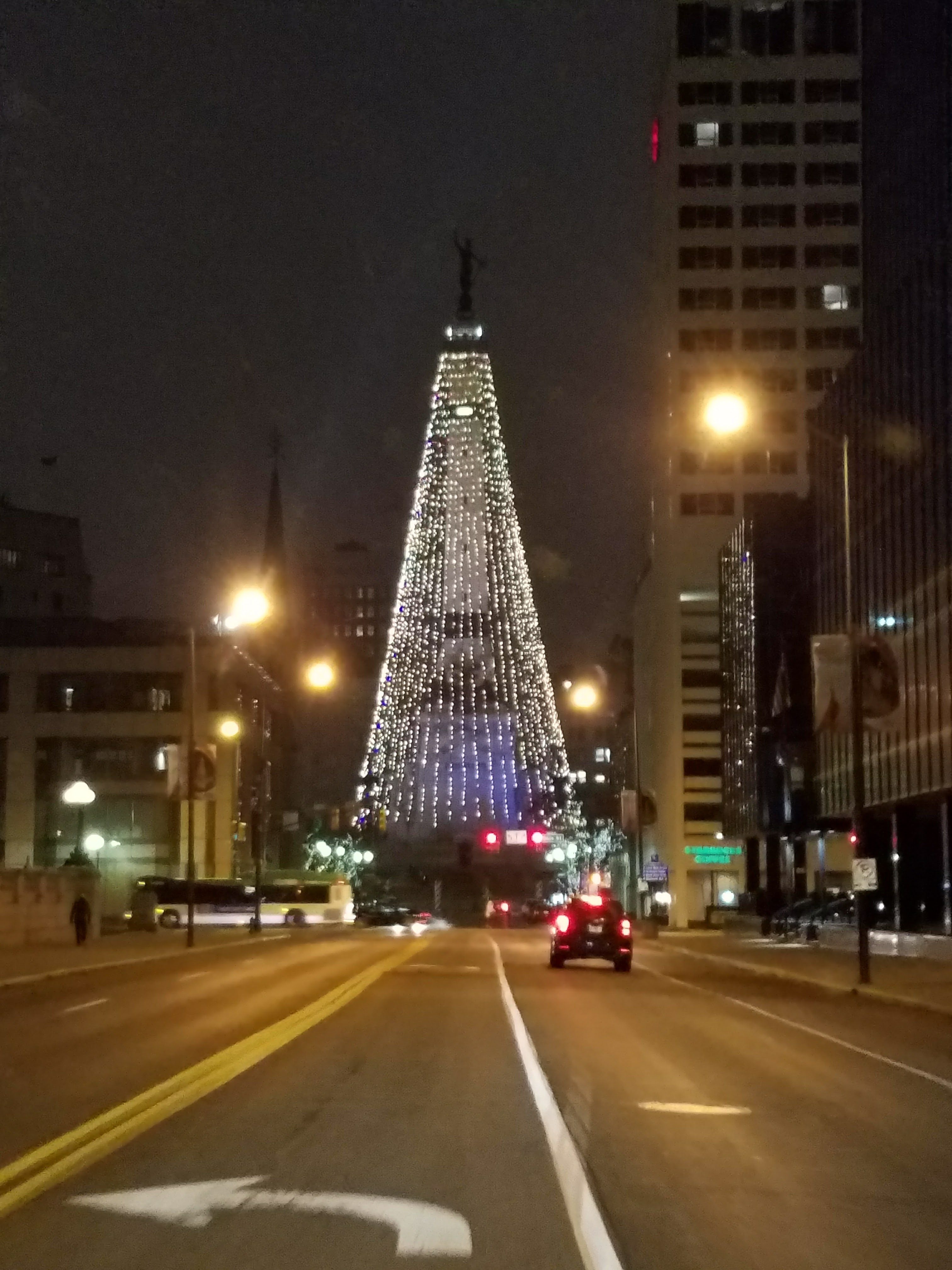 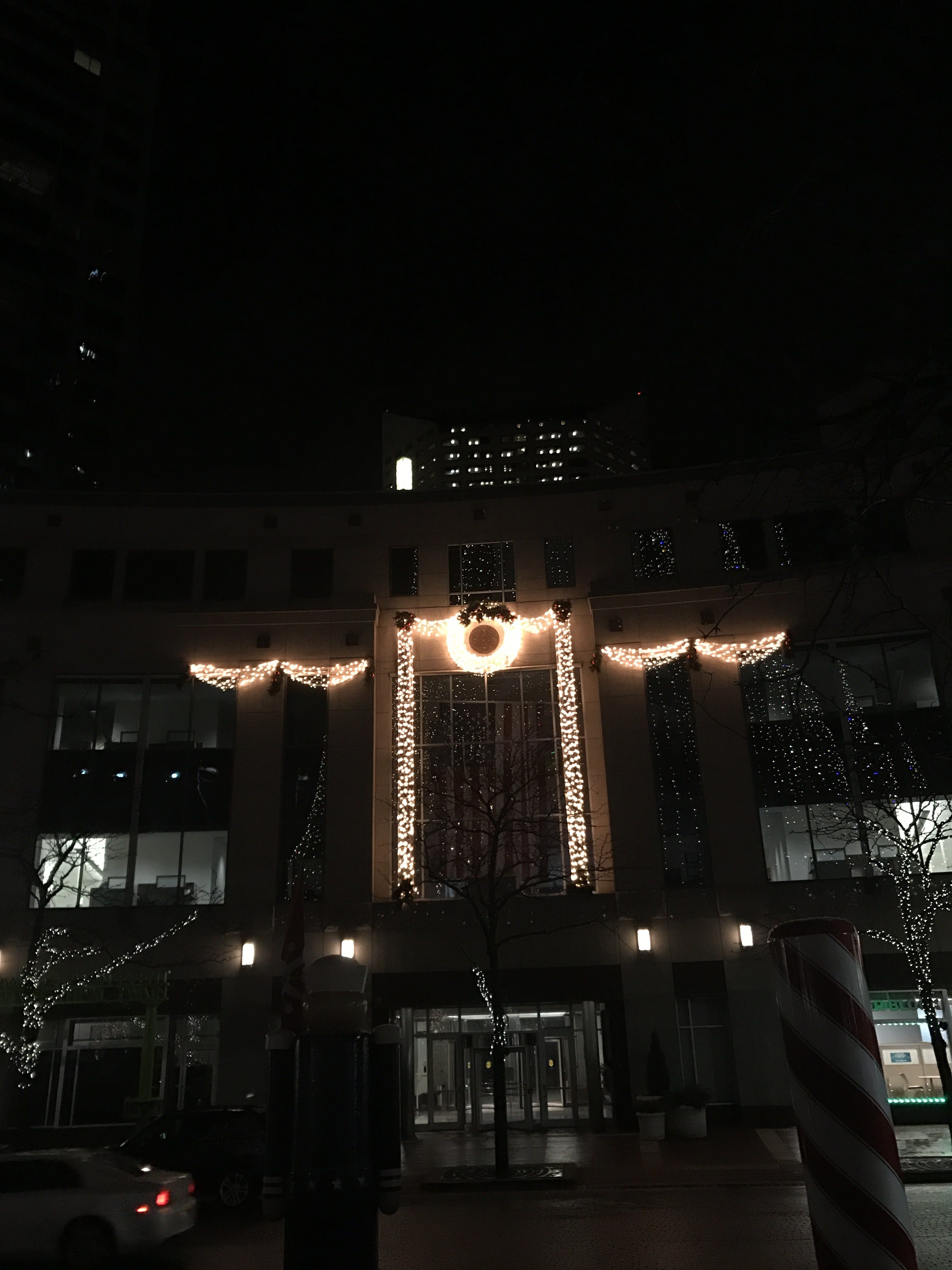 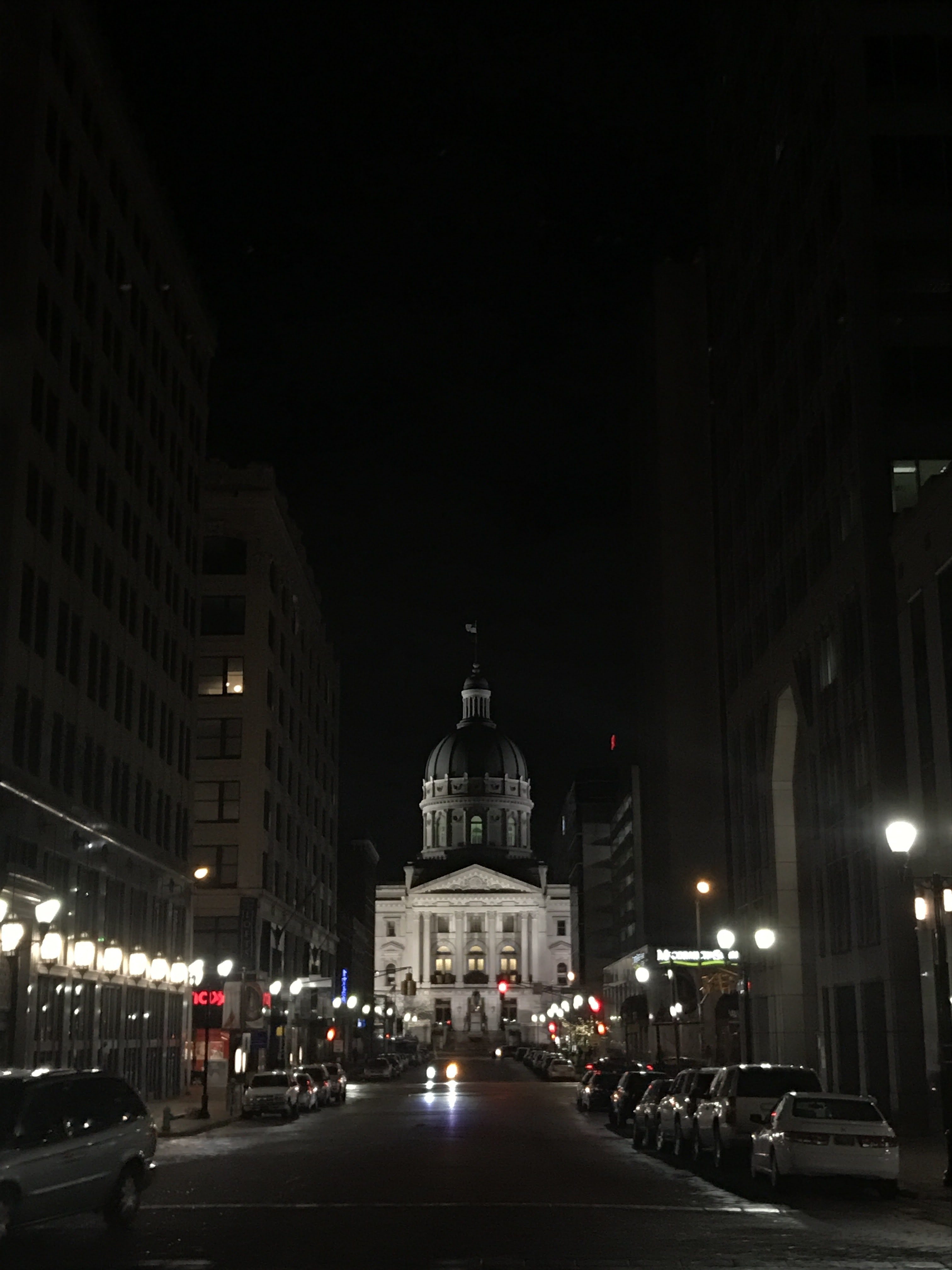 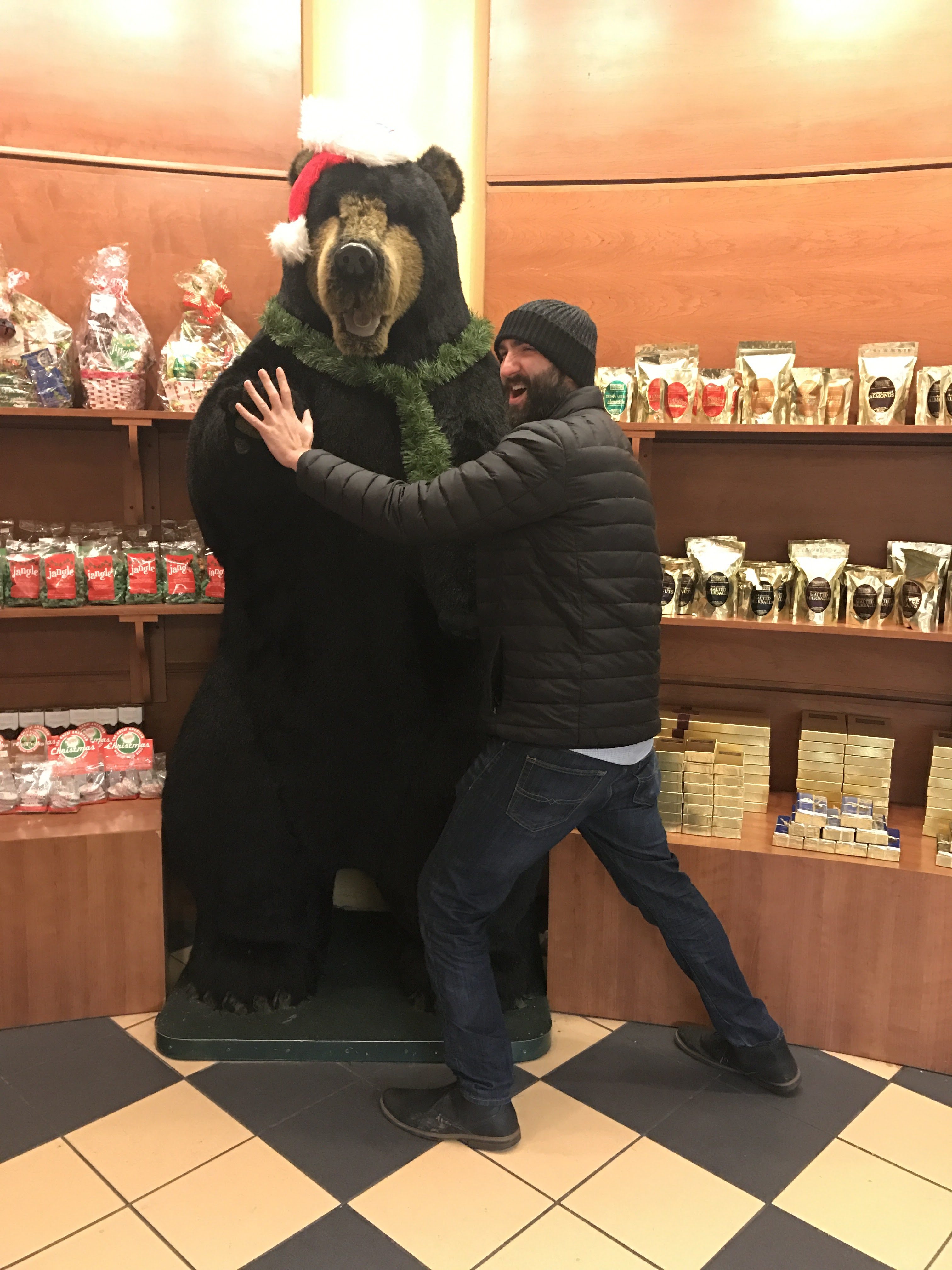 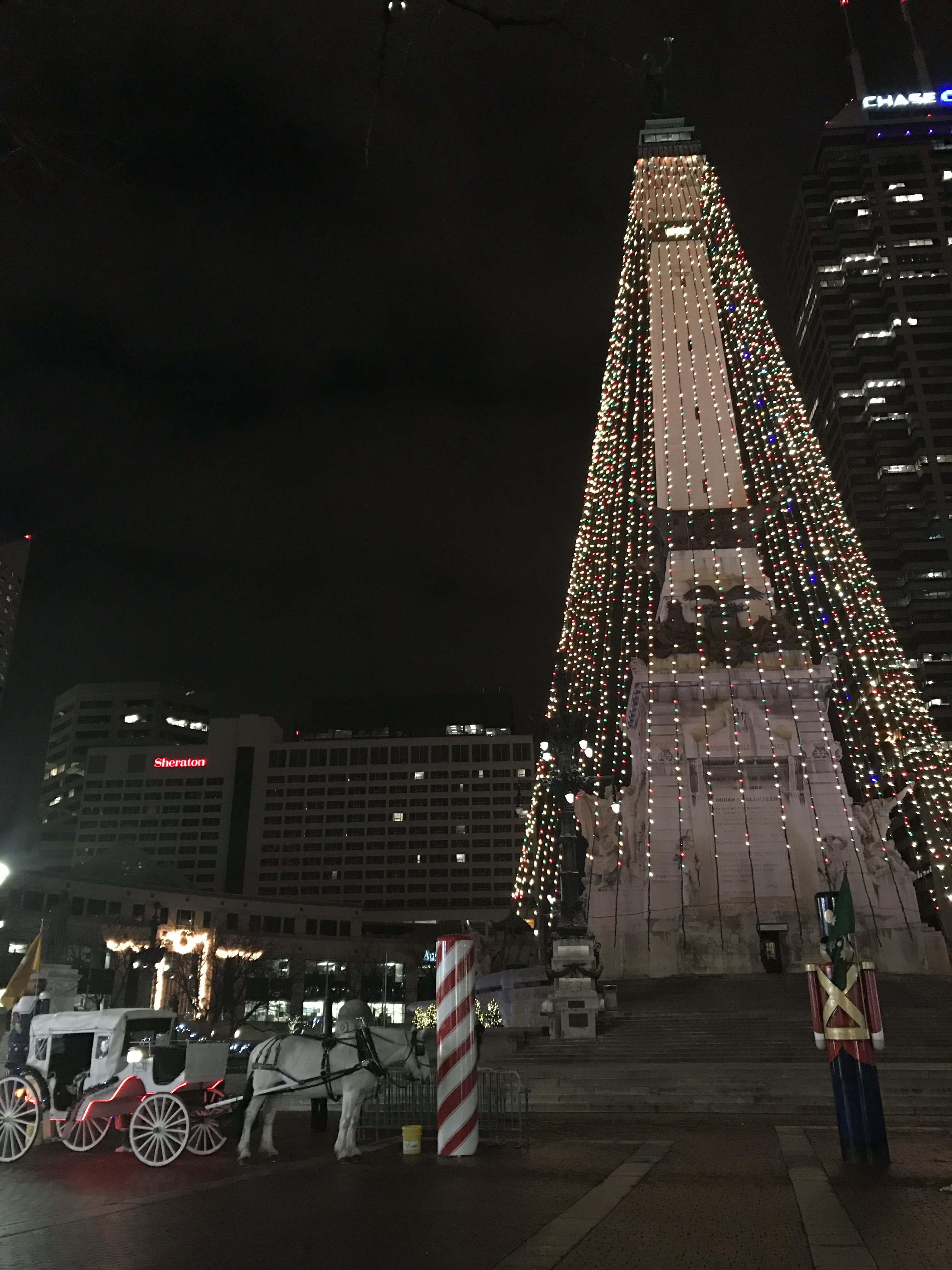 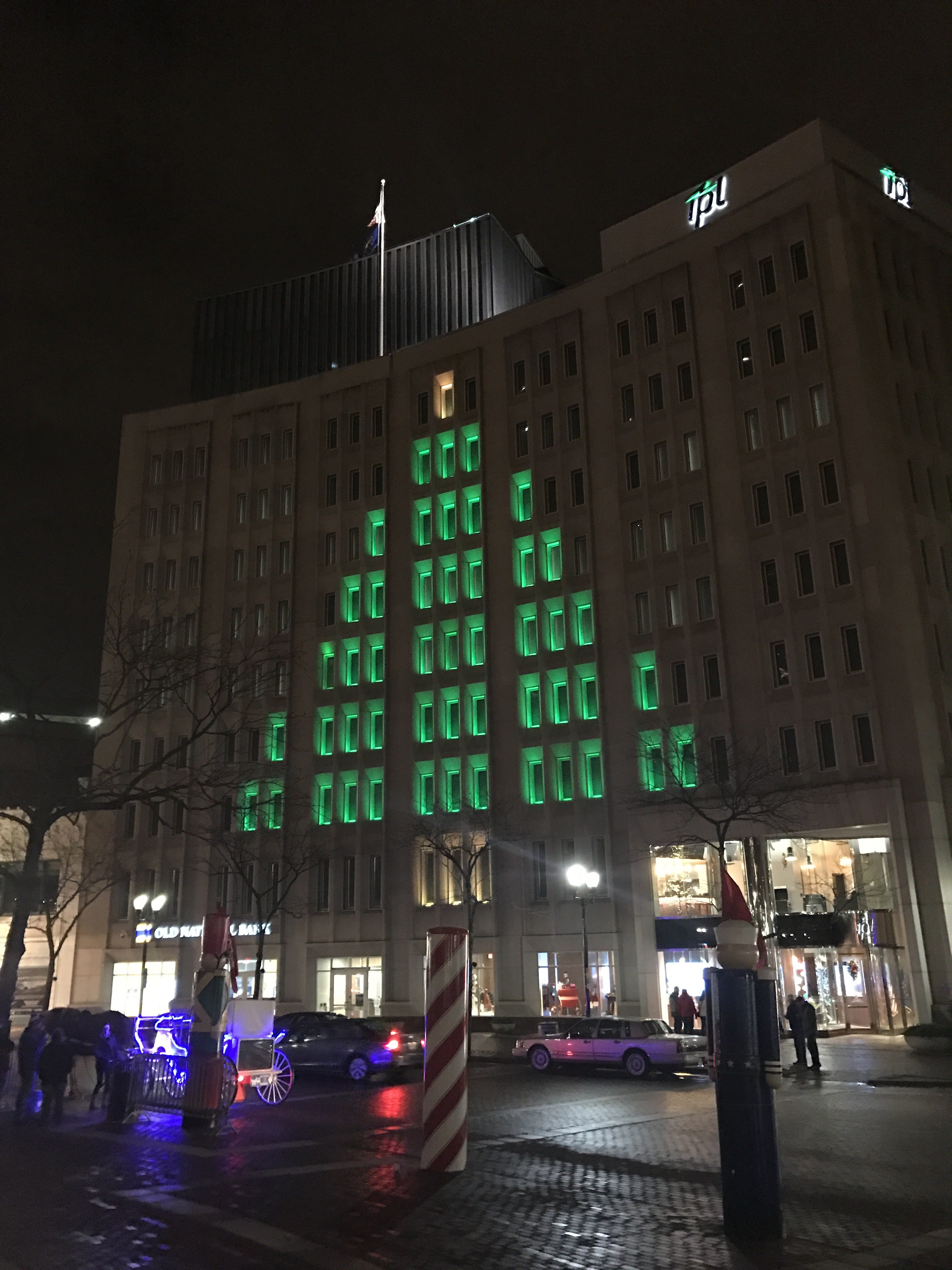