Texas is a big state. I’m sure you realize how large it appears on a map, but try driving through it for two straight days (North/South, East/West, it doesn’t matter) and you’ll see what I mean. I lived in Dallas for nearly 2 years, and even so – it still shocks me how incredibly huge the Lone Star state really is.

Saddened to leave the interesting scenery of the Bayou behind, we were greeted by the impressive Big Beau of Gator Country. The 135 foot art piece was a creation of Gator Country in Beaumont, Texas. He certainly caught our eye!

We faced our first daunting obstacle as we approached the sprawling concrete wasteland that is Houston. I’m not going to sugar coat it, I hate Houston – always have. It’s a constant traffic gridlock, covered in smog and humidity. It literally took an hour for us to get through the sprawling city, and when we did was when things started to get good. 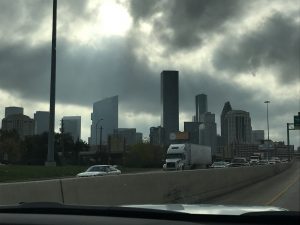 There’s this little highway called 71 that breaks off of the 10 right west of Houston, and it is glorious. It will take you to Austin, and in my opinion it represents everything that’s great about the middle of Texas. Sun kissed golden fields line each side, with interesting little locales dotting the highway along the way. The last few hours of the drive to Austin were some of my favorite so far this trip. 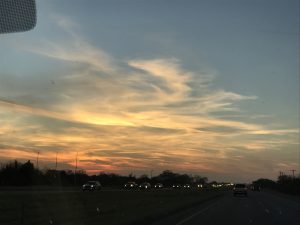 The 71 passes through a town called La Grange. You may recognize that as the name of one of ZZ Top’s most famous songs – this town is where that title came from. It seemed like a great little town, we only passed by for gas and a bathroom break, but we enjoyed what we saw. 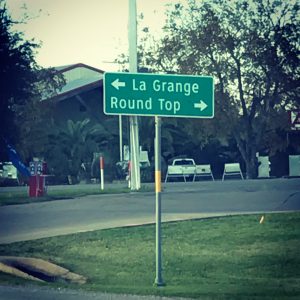 As we entered Austin a short time later, we knew the food and evening music scene would be our final goal of the night – but first we had to take in some of the speciality shops Austin is known (and known for being weird) for. So our first destination was one of the most interesting and unsettling stores I’ve ever been in, Uncommon Objects. Imagine if you sent a thousand hipsters to every yard sale in the country, and they returned with the strangest pieces of Americana they could find – and you’ve got Uncommon Objects. I’m convinced the store was haunted – deep in the back of the store, we could hear a soft knocking, over and over. We could not tell where the sound was originating. The highlight for Megan: a massive Hippopotamus skull. Pretty incredible. 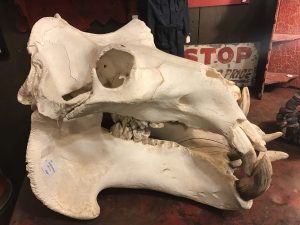 Next stop on the shopping tour was Allen’s Boots – an authentic cowboy outfitter on the same street as Uncommon Objects. Megan toyed with the idea of buying a pair of cowboy boots, and I considered buying a cowboy hat, but nothing truly spoke to either of us there. 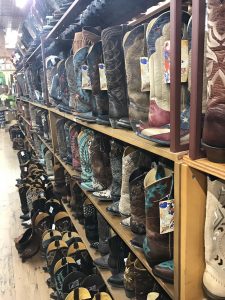 Its was to dinner, at a local favorite called Huts. Decorated like a kitschy diner, Huts is known for their amazing burgers and onion rings – and they did not disappoint. We started our meal with some cheese fries, and I had a Chili Cheese Grassfed Burger with Bacon, while Megan went with the same burger patty topped with a thick mushroom gravy. Fantastic. 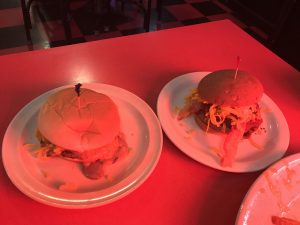 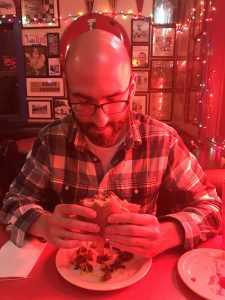 As Huts is on the famous 6th street, known as the center of Austin night life, we decided to check out a few local acts playing at some nearby bars. The dulcet tones of someone covering a Hozier song drew us into the Parlor and Yard, where a lovely Christmas backdrop accompanied each performer for the evening. 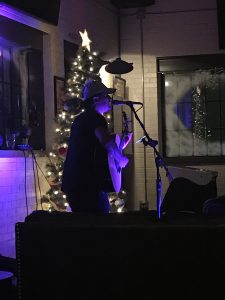 We then stopped by Little Woodrow’s, a great outdoor bar where we found Megan’s Dad’s next bottle cap project. 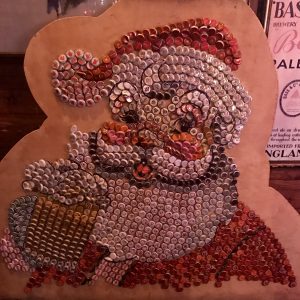 Worn out from the day’s drive and Austin charming nightlife, we soon decided to call it a night, though my dreams were filled with the haunting items collected in Uncommon Objects. What’s the weirdest thing you’ve ever seen in a small store or thrift shop? 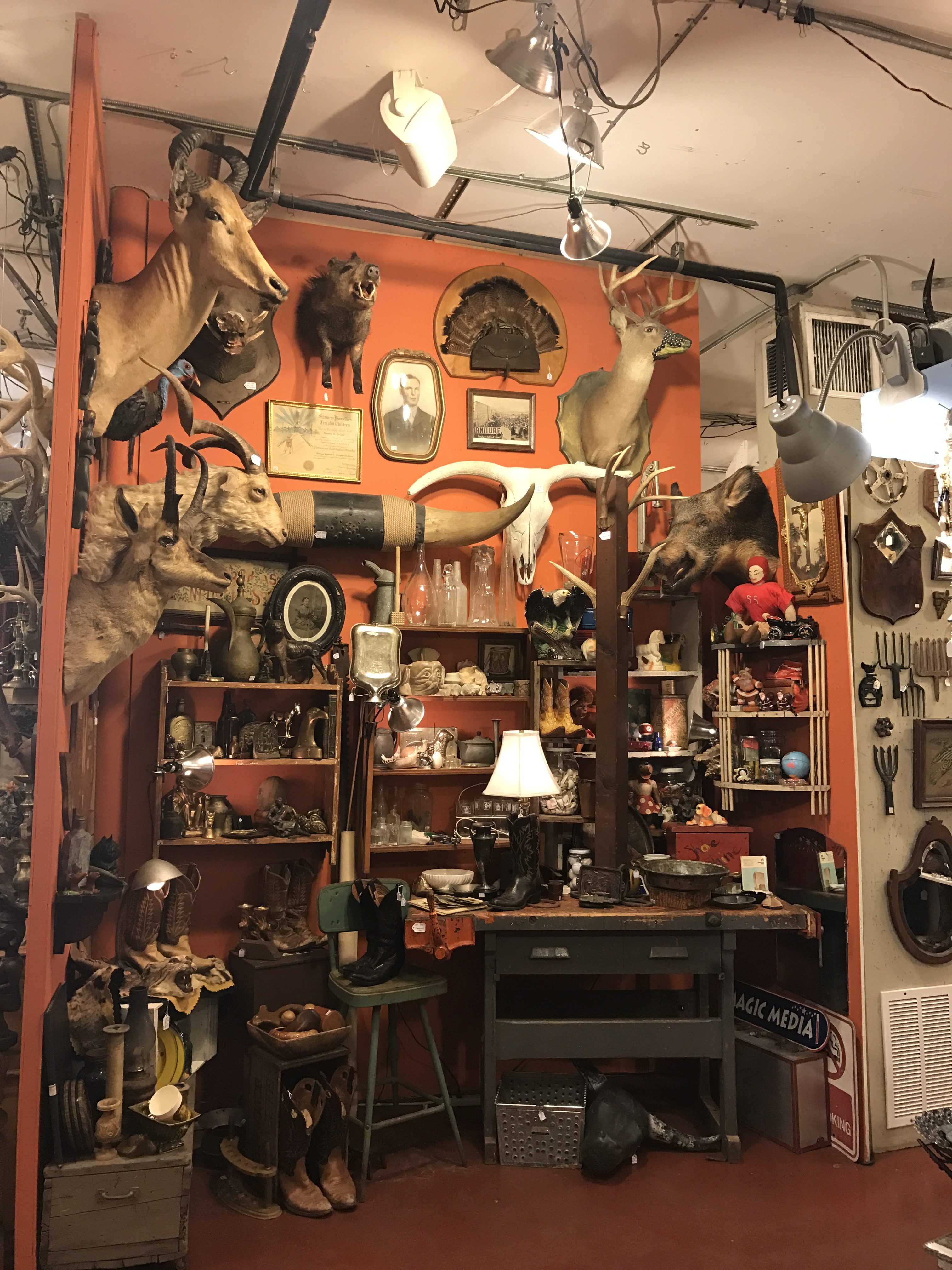 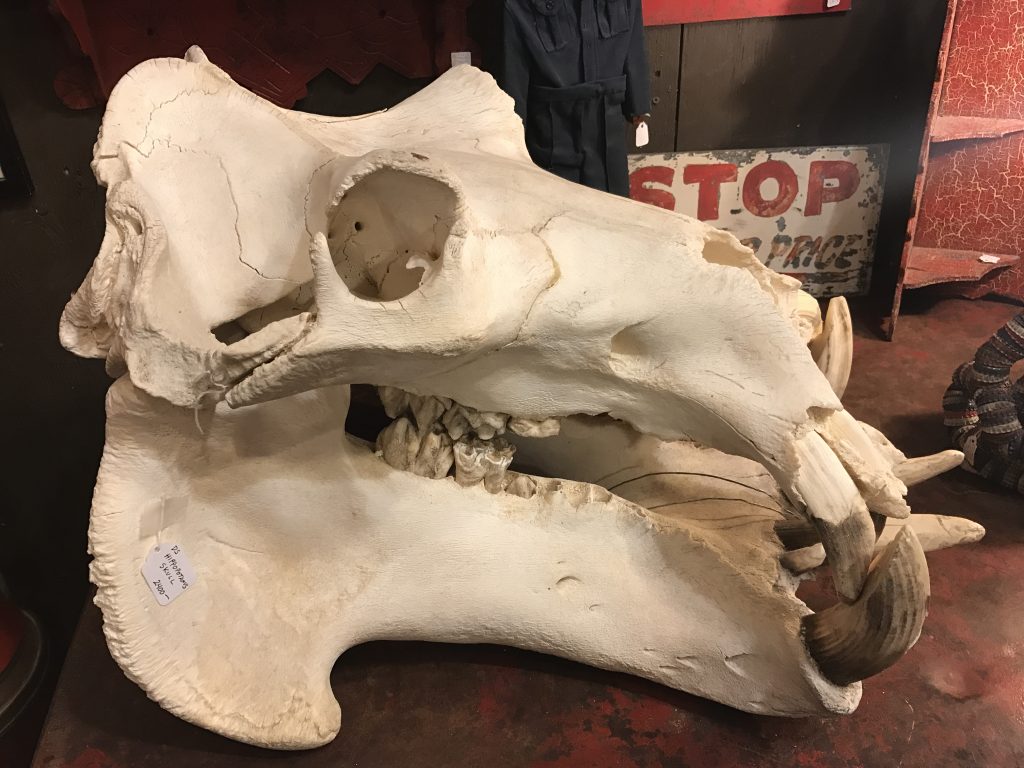 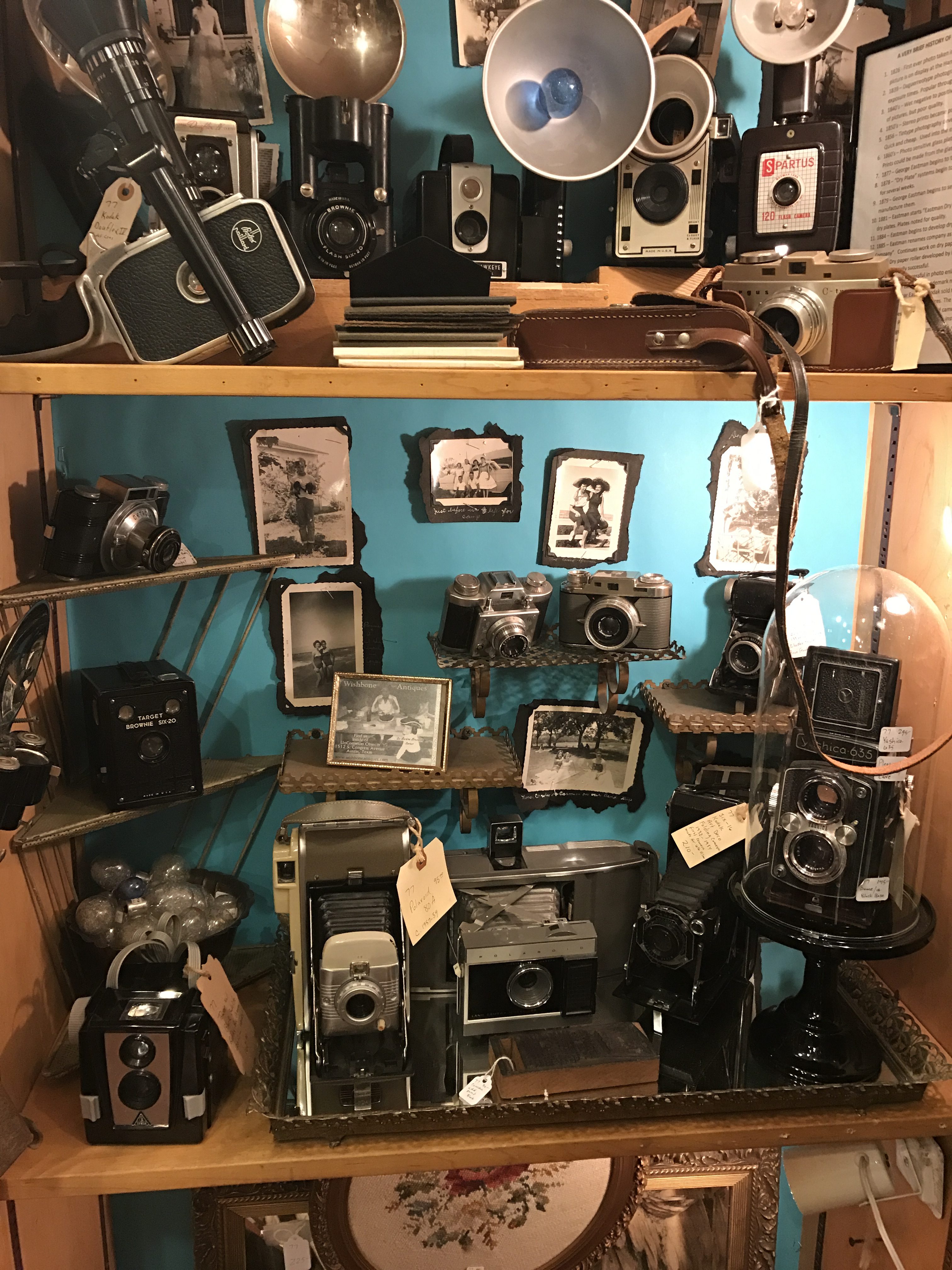 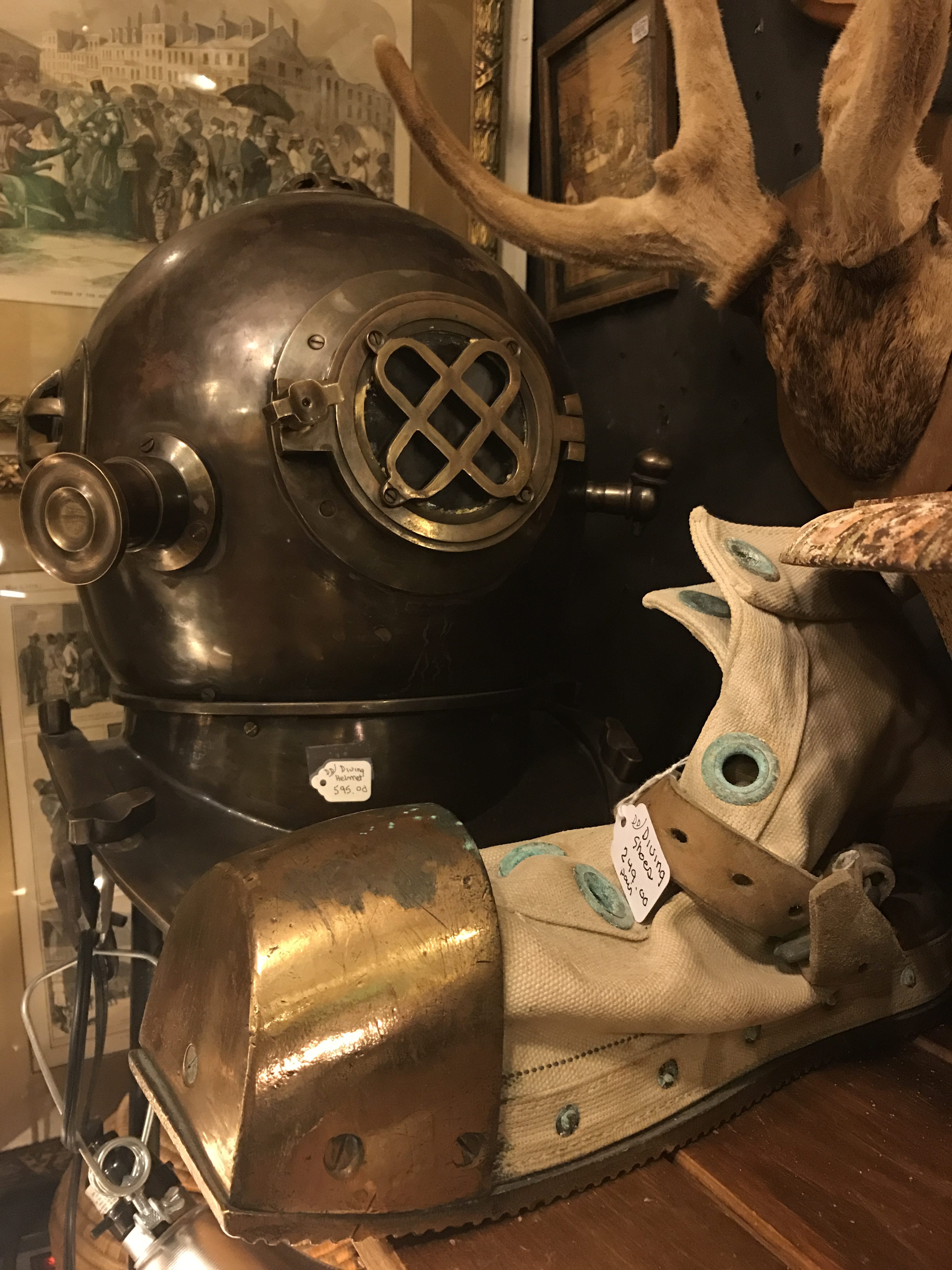 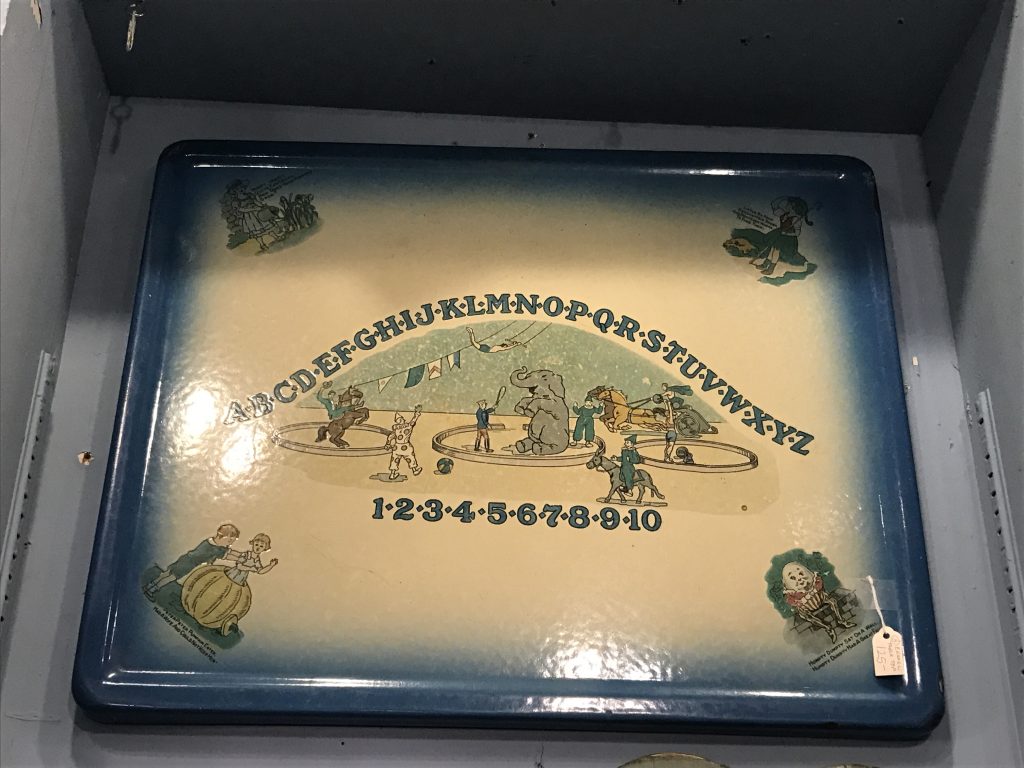 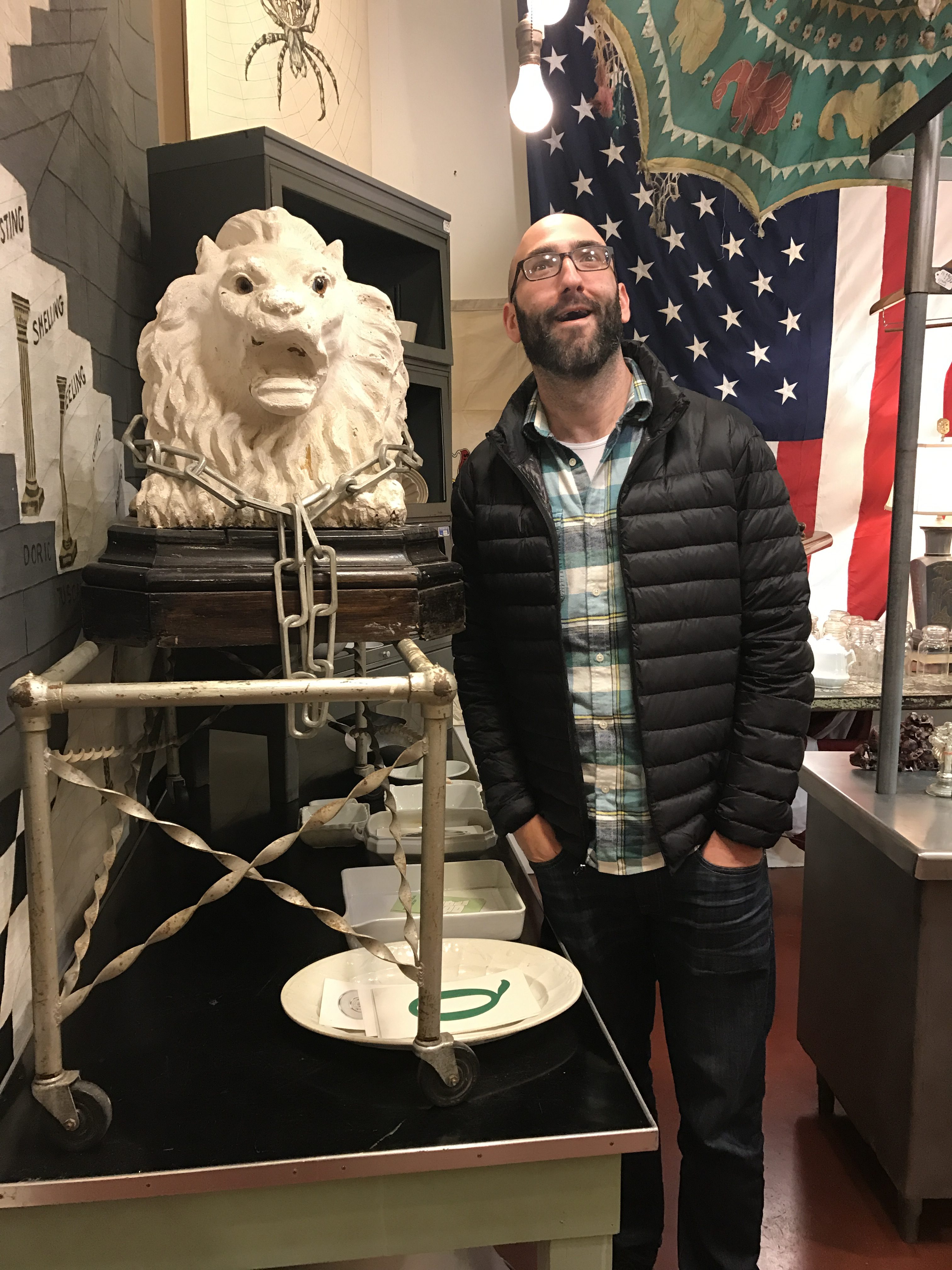 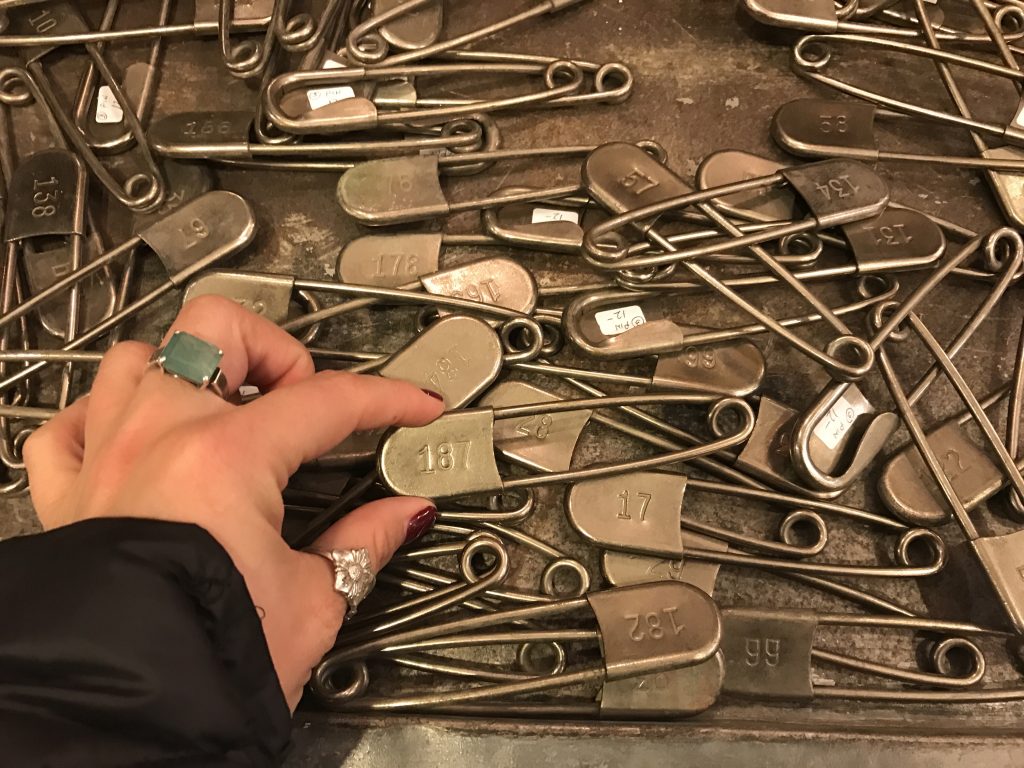