One of the amazing things about living in Florida is the wildlife. I can’t tell you how much it tickles me to see all the moths and frogs in our stairwell and the storks, herons, and ibis everywhere! But one of our first adventures once we moved down here was to go meet the manatees!

A couple weekends ago, we headed over to Crystal River to meet the manatees. Really, we went to go pick up an electric bike for me to ride to work but while we were there, we thought we should have an adventure. 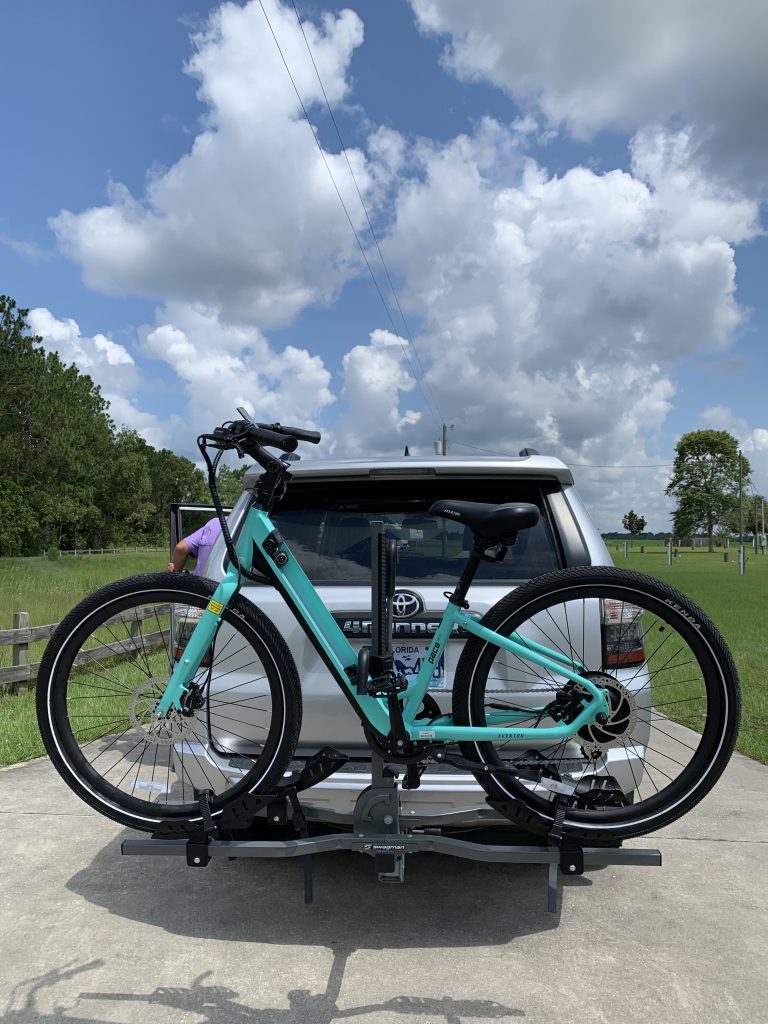 We went down the evening before our adventure as we had to be there bright and early at 6 am. So we decided to explore Crystal River and the surrounding area. The drive west was lovely and through some very interesting habitat. I made several mental notes of places I want to go back to hike when the weather cools down.

Based on the Trip Advisor reviews, we decided to have dinner at the Seafood Seller and Cafe. The food was fantastic. We started with crawfish and alligator mac and cheese and a bowl of their Yankee chowder. It was super interesting. Ryan had the Catfish Louisanne, fried catfish with a crabcake and covered in crawfish etouffee… whew. It was delicious. 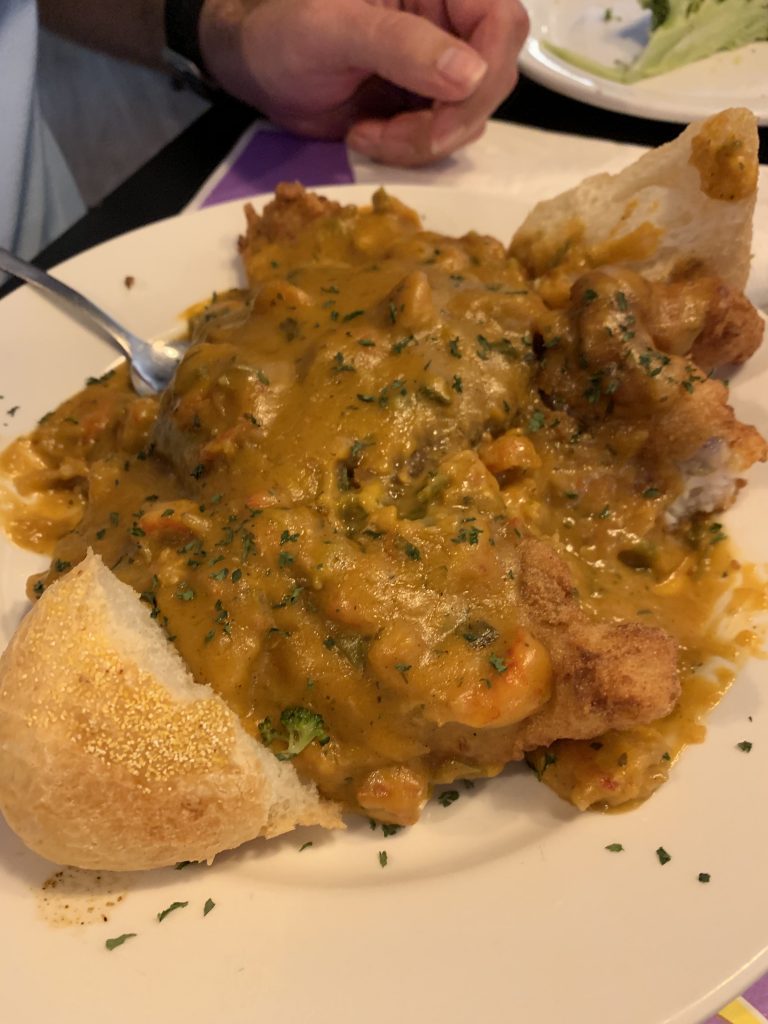 We would highly recommend checking it out next time you’re in Crystal River. Once dinner was done, we went to Margarita Breeze to sit on the river and enjoy the evening. They had a lobster crane game but, sadly it was out of order. 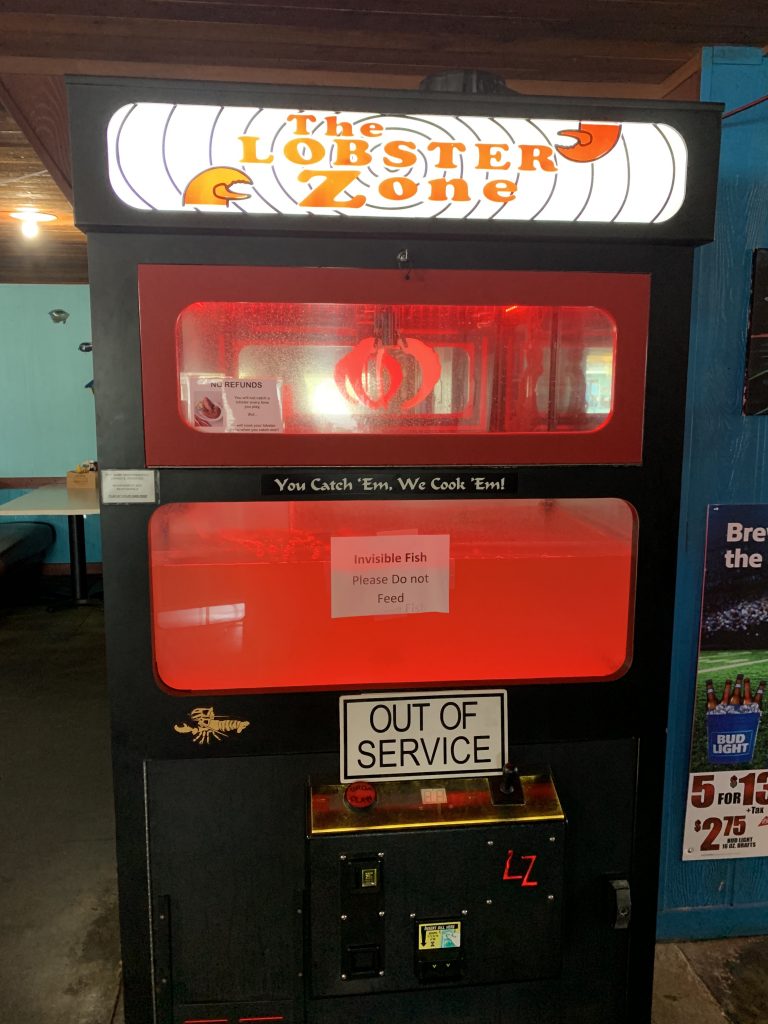 The next morning we got up very early to swim with some manatees. There was some concern we wouldn’t see very many because they head off on their own adventures during the summer. However, we were lucky enough to meet several. We went out with a group called River Ventures that offer a variety of tours. When it’s super busy in the winter, I’d probably try their VIP tour but the regular tour was perfect for us. 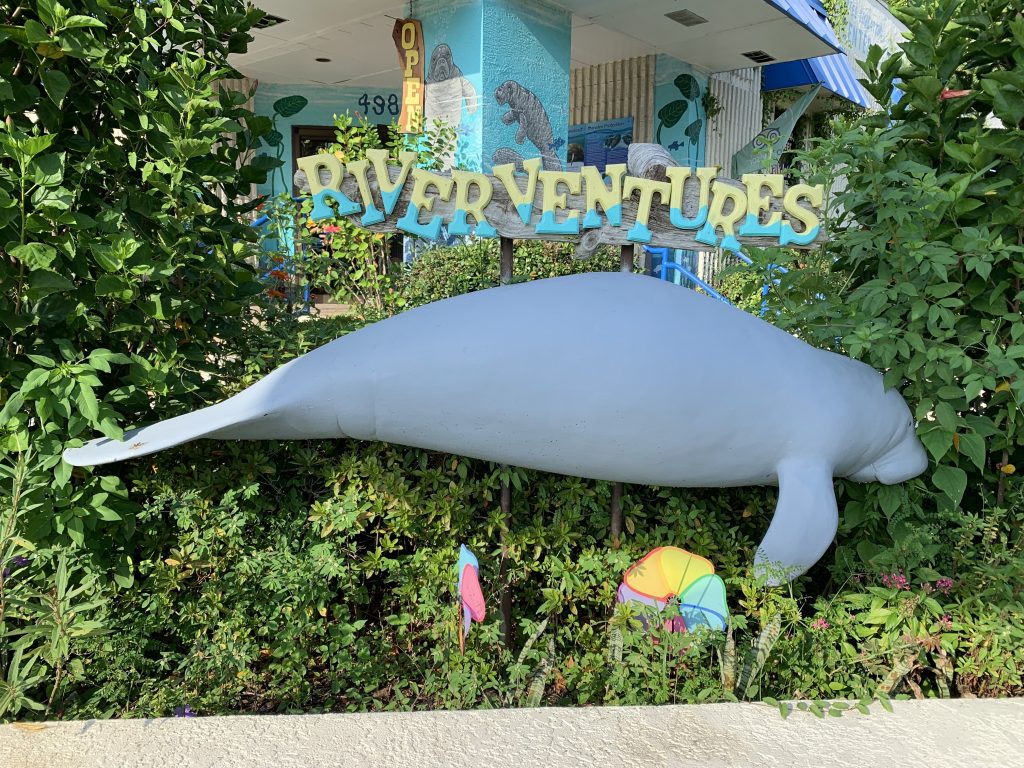 The tour starts with a brief introduction and rules about swimming with manatees. They’re protected under the Marine Mammal Protection Act and also because they’re an endangered species. So they’re allowed to touch you but you are not supposed to initiate contact.

The first thing we saw when we set out in our boat was a mom and a calf. When they said calf, I expected it to be much smaller but it was super cute. 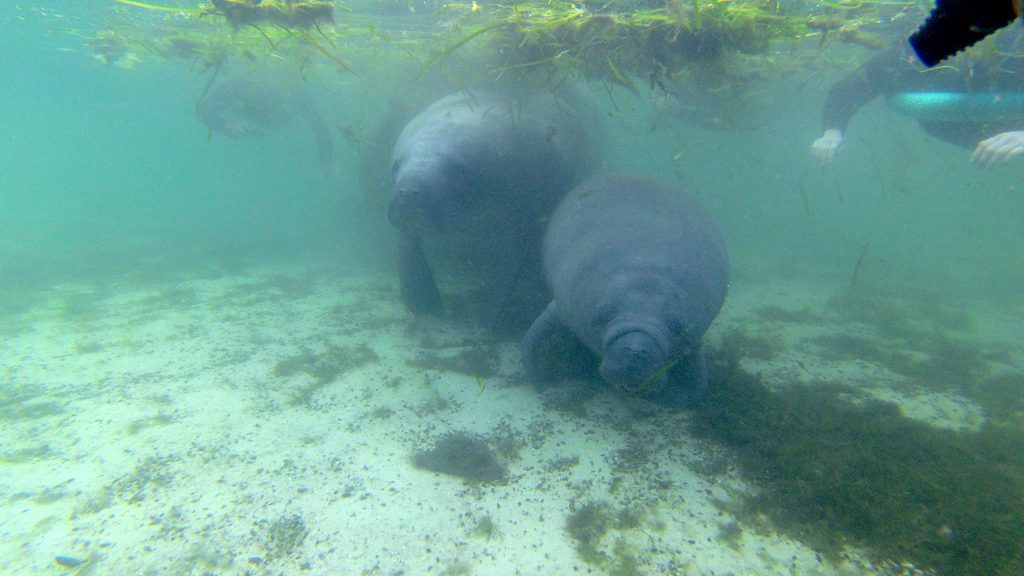 We hung out with the two of them for a while. It was really interesting because we could hear the mother chewing and Ryan said he heard noises from the baby. Here’s a video of the chewing.

And here is a video of the baby making noises:

Some guy raced by on a jetski and scared the mom away so we had to get out and follow them a little ways. I also got distracted trying to film a blue crab that I held up the boat when everyone else got out to move. Oops. 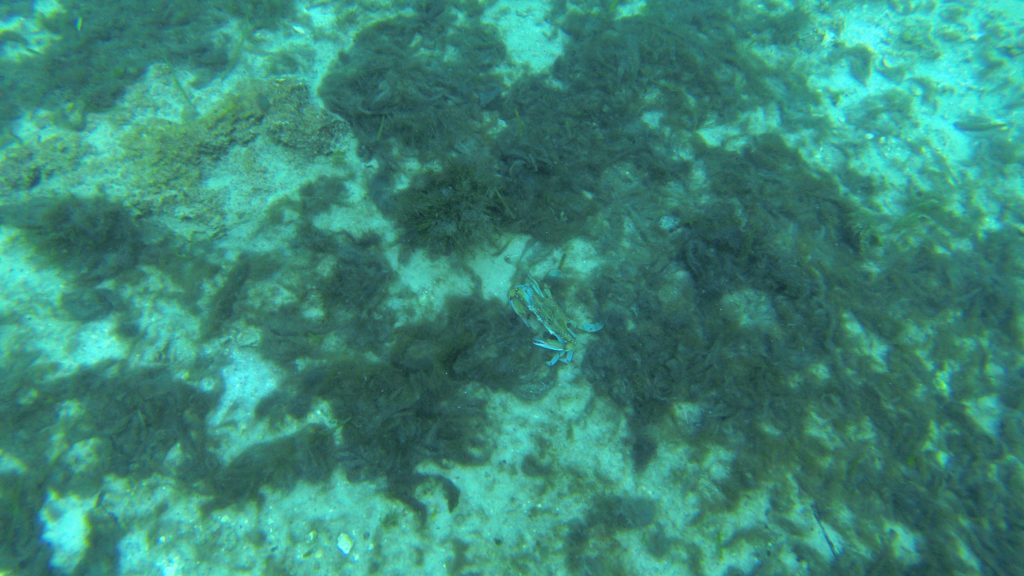 However, when we got back in, we were lucky enough to have several more manatees to meet. 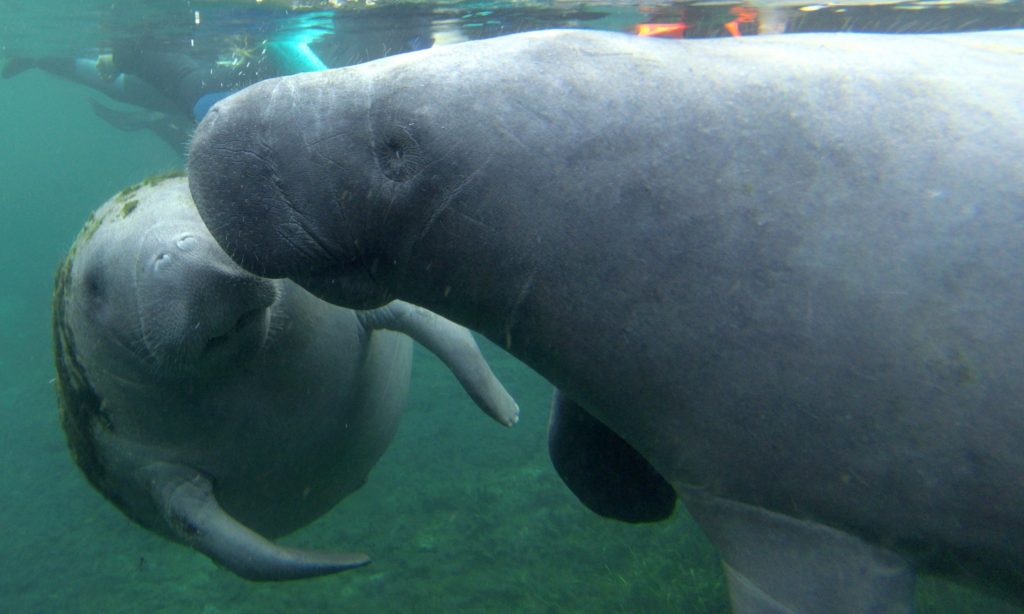 These guys were super curious and spent a lot of time engaging with the people in the water. One even grabbed Ryan and spun him around.

Manatees are so slow and spend so much time in shallow, sunny water, that many of them had algae growing all over them. 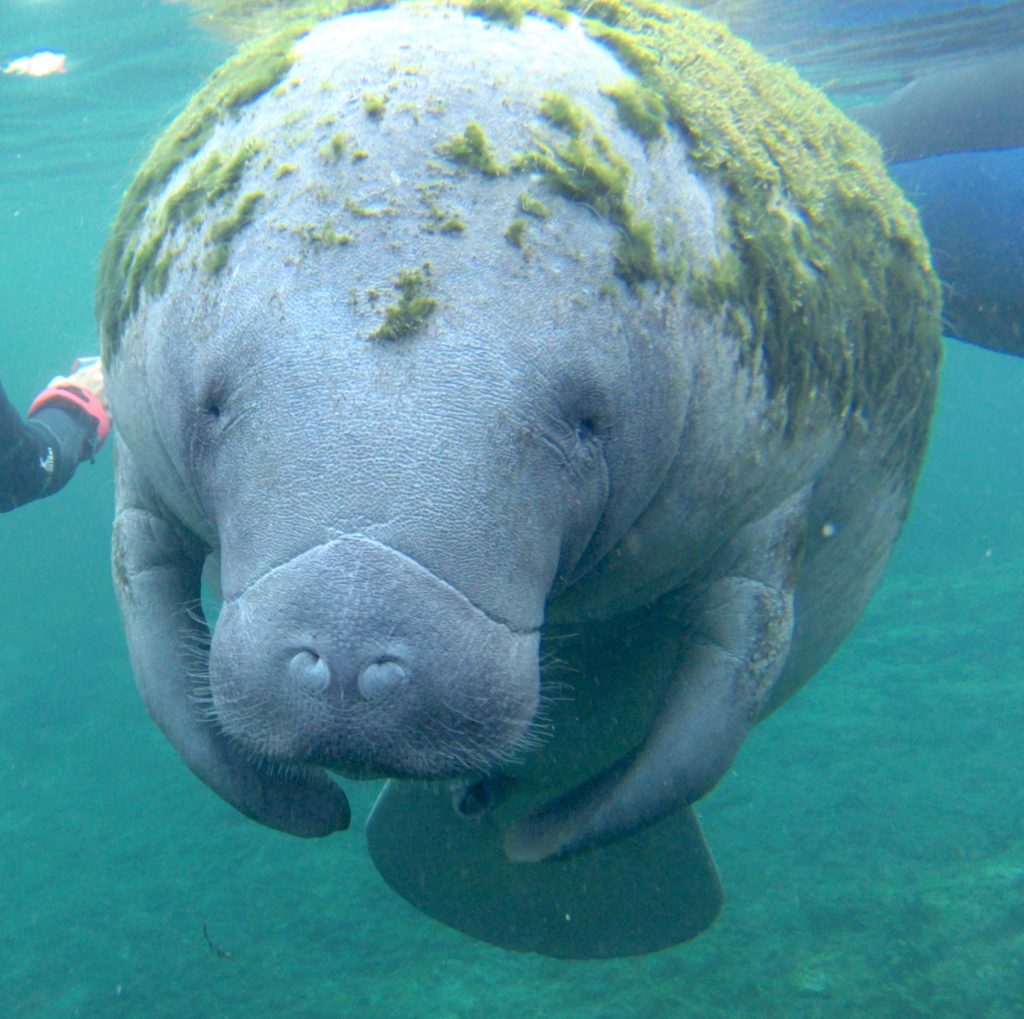 I spent a lot of time checking out their fingernails and hairs all over their body. It was fascinating. 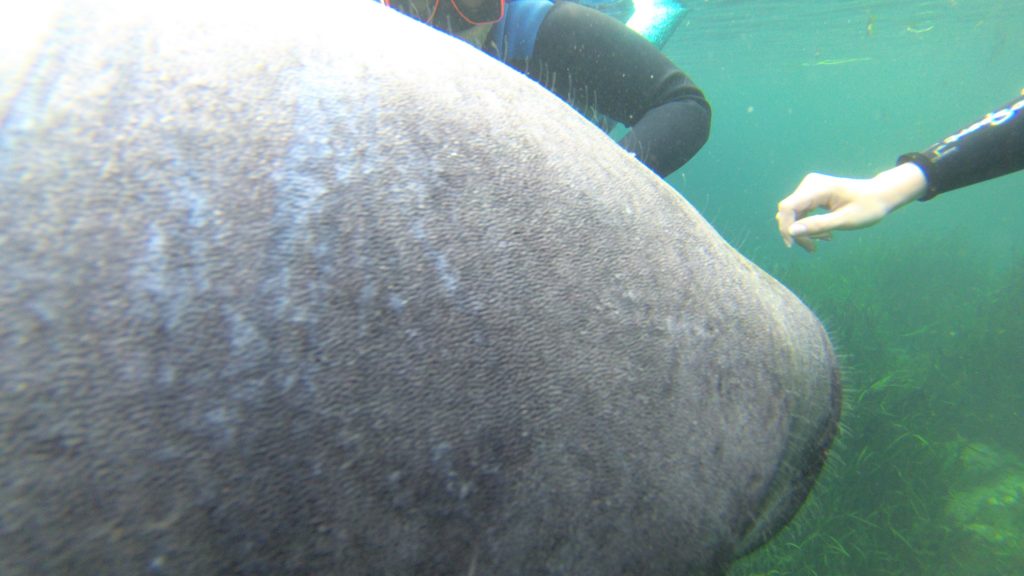 While you can see 700+ manatees in one place in the winter, we thought going in August was a great time. There weren’t too many tourists and we still got to have a great experience with the manatees. Next year, we want to go back during the scallop festival so let me know if you want to join us! 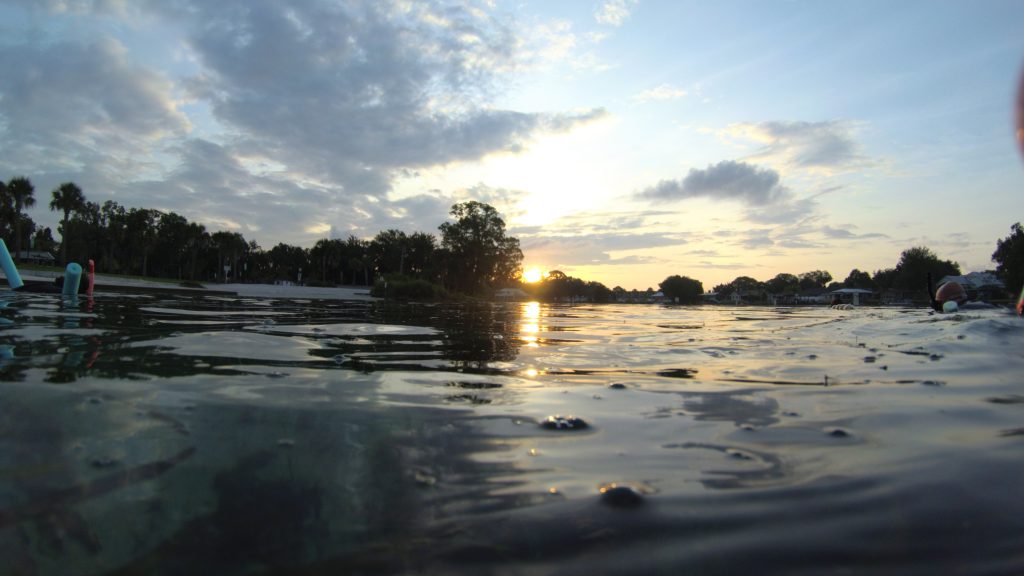 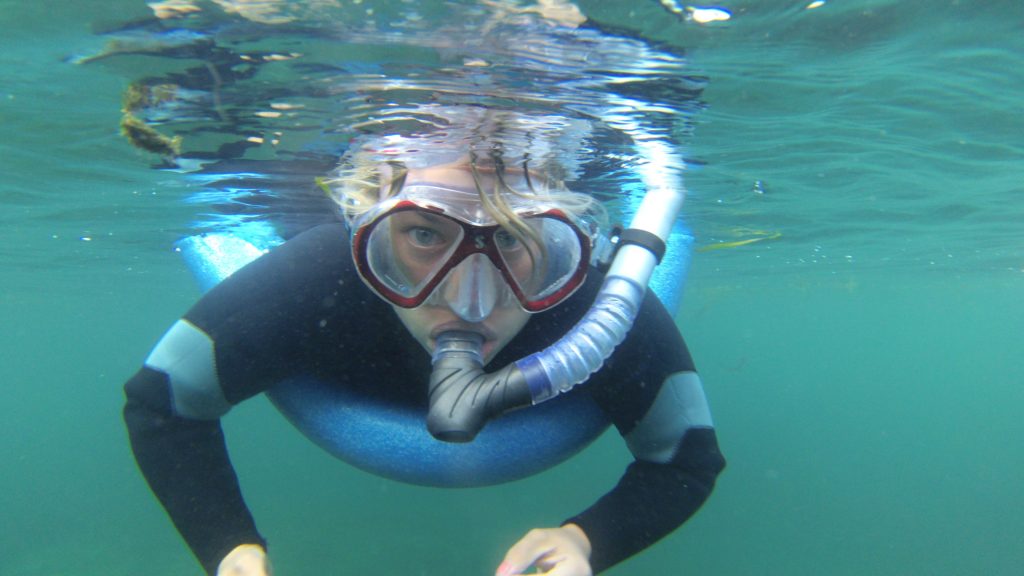 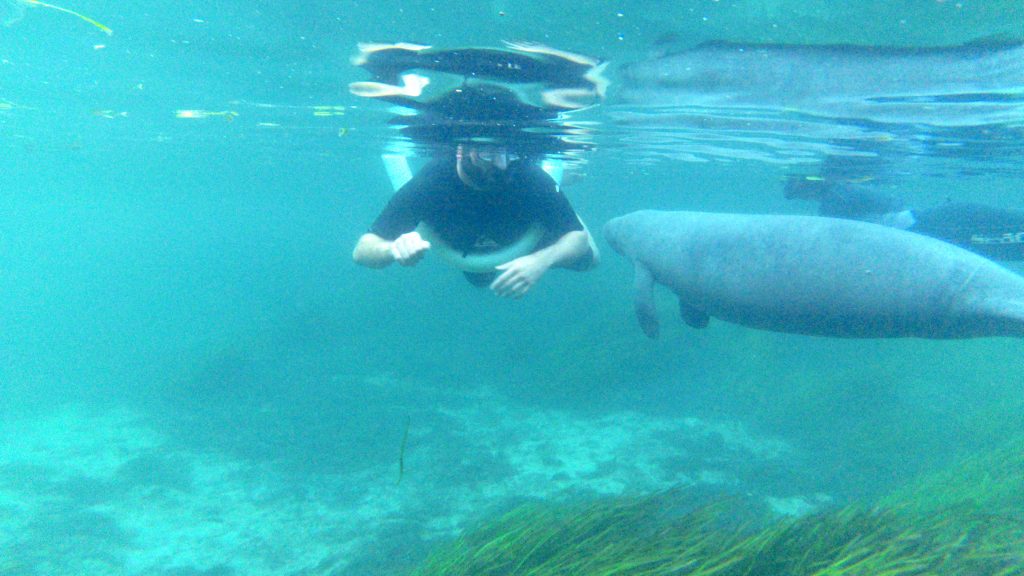 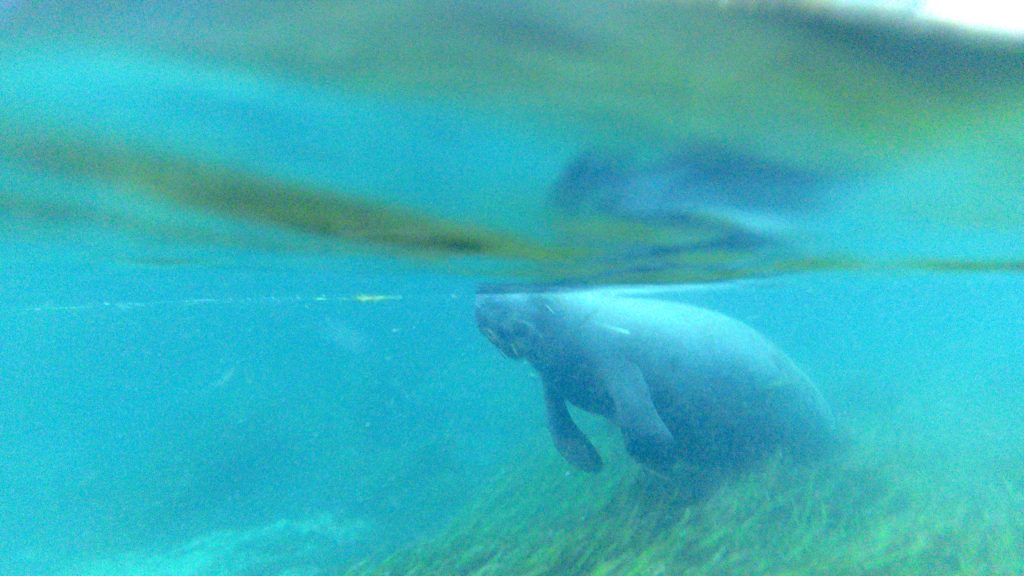 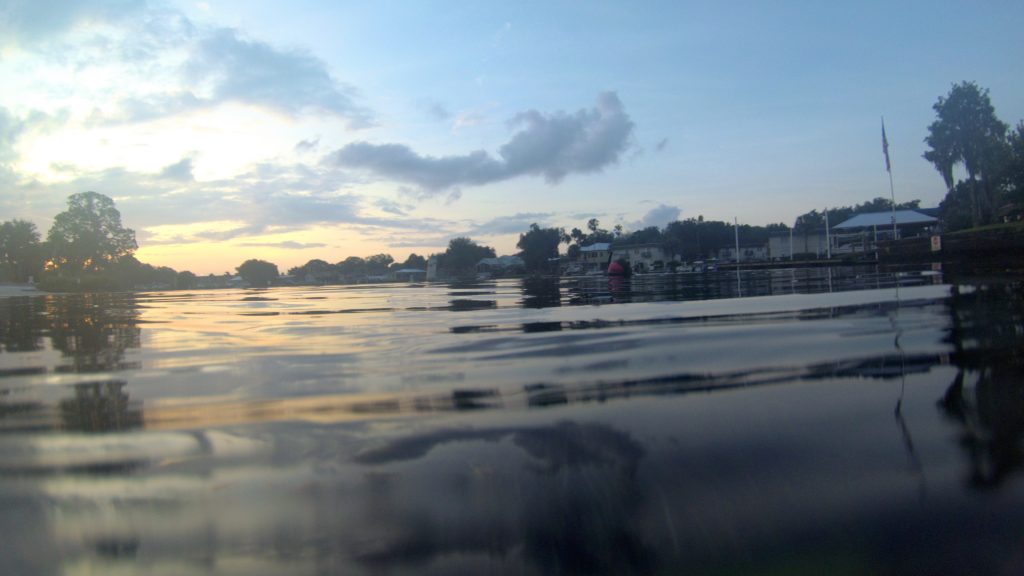 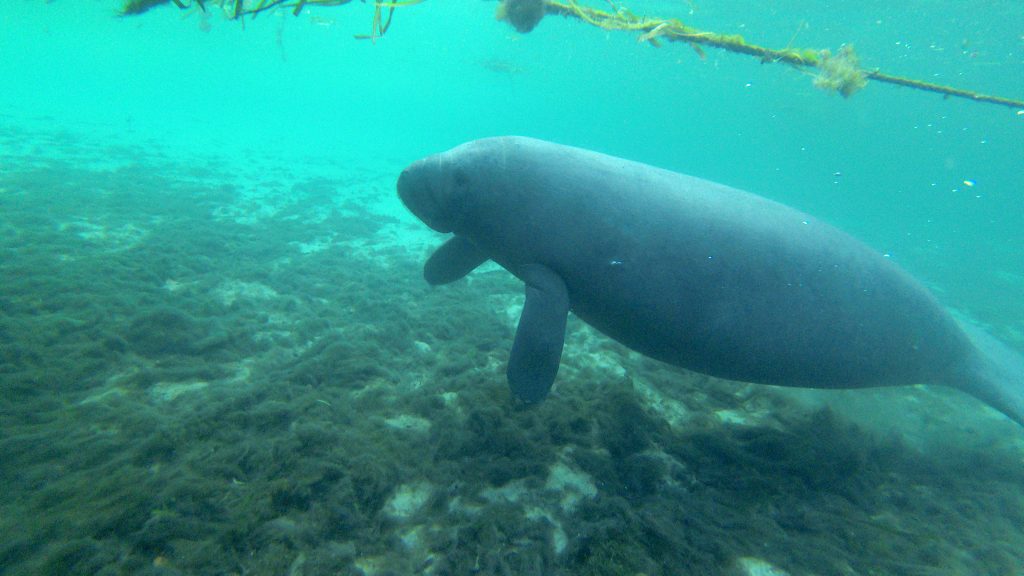 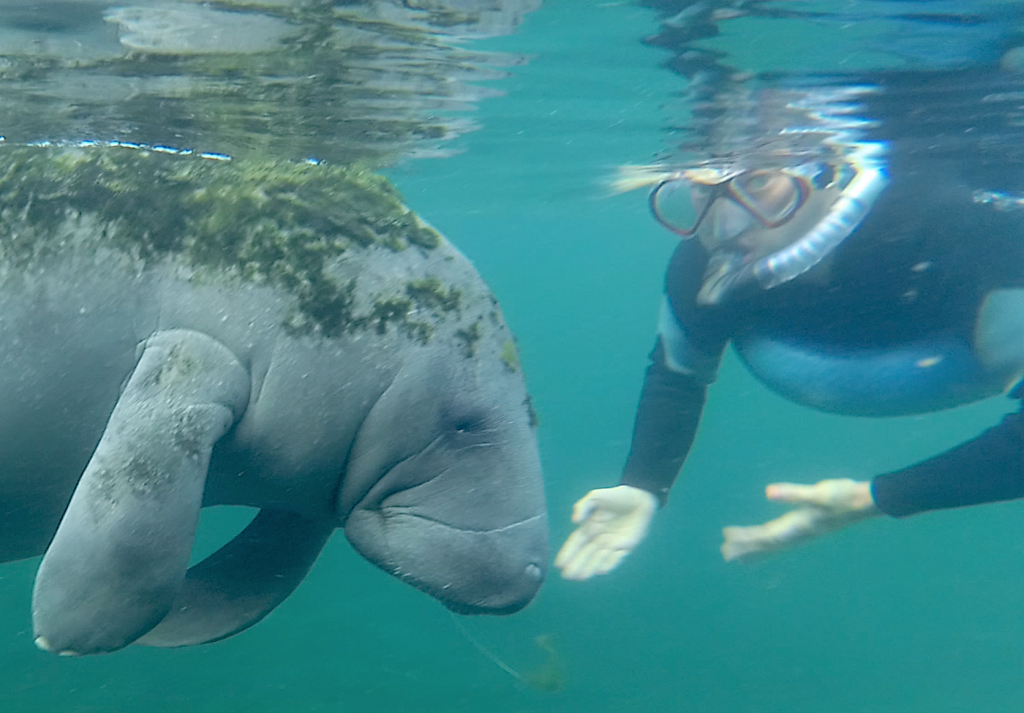 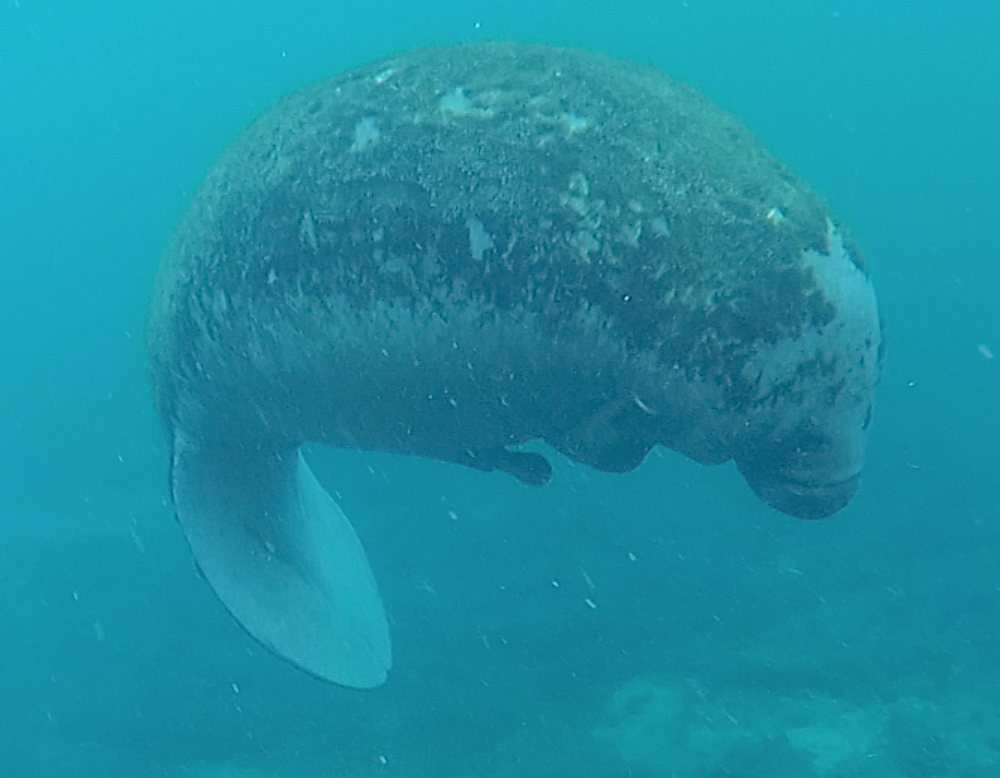 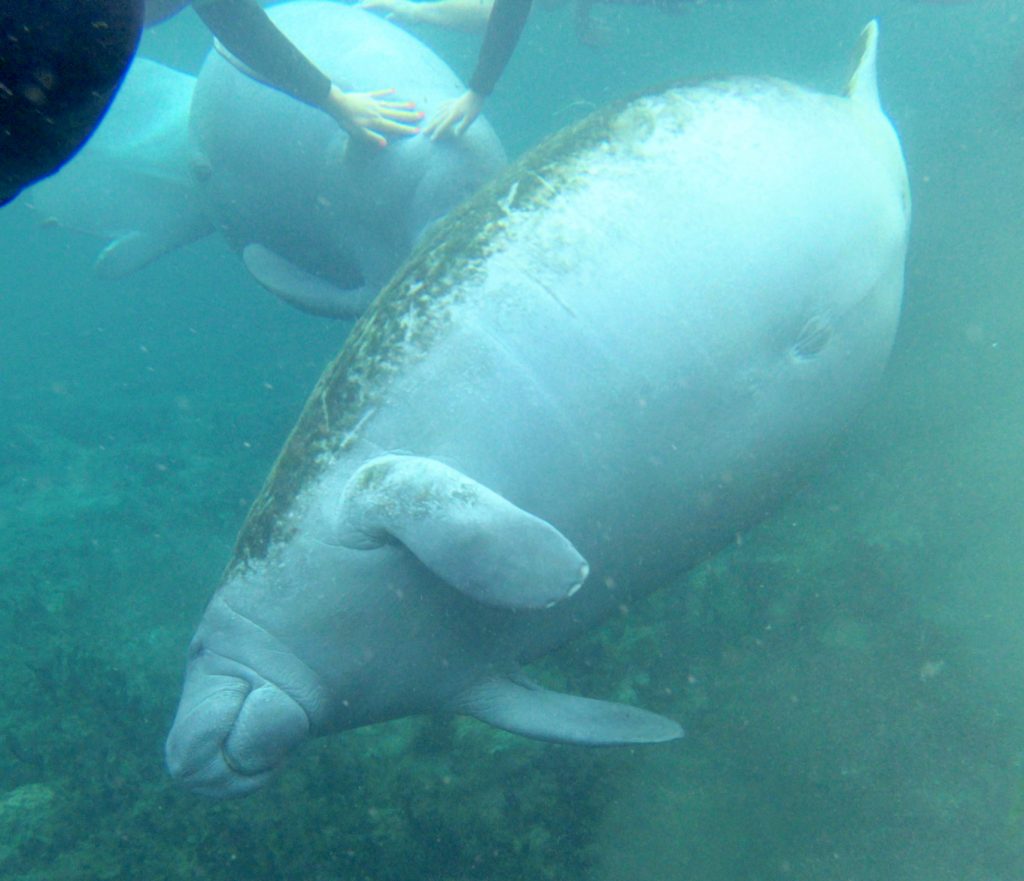 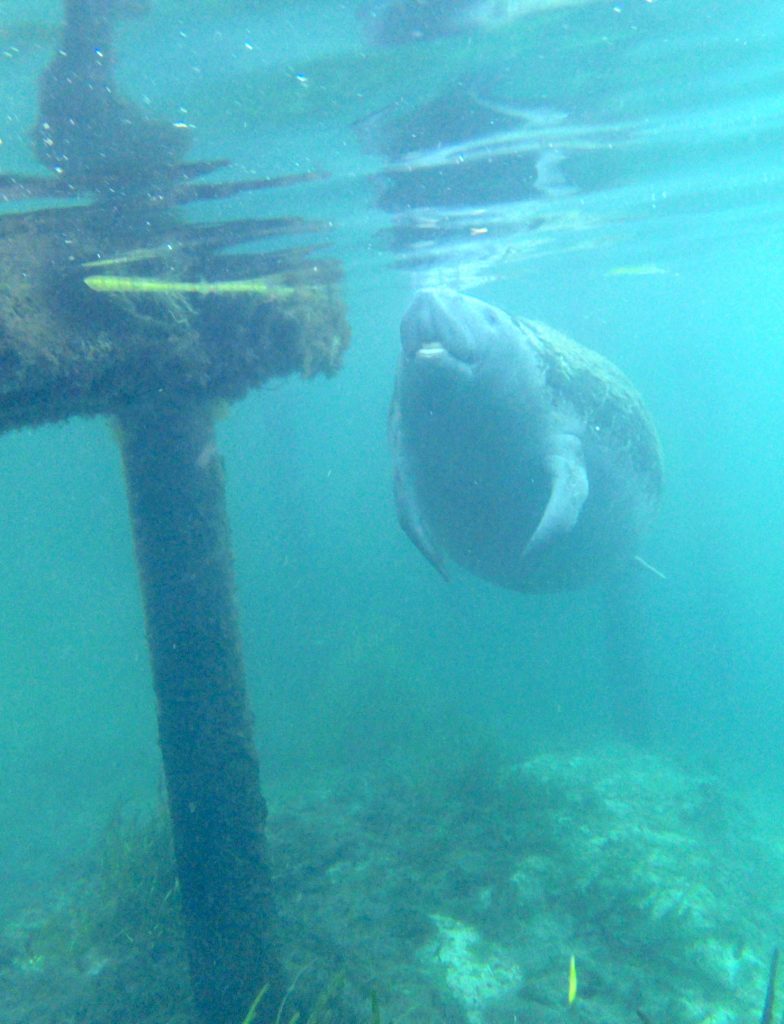 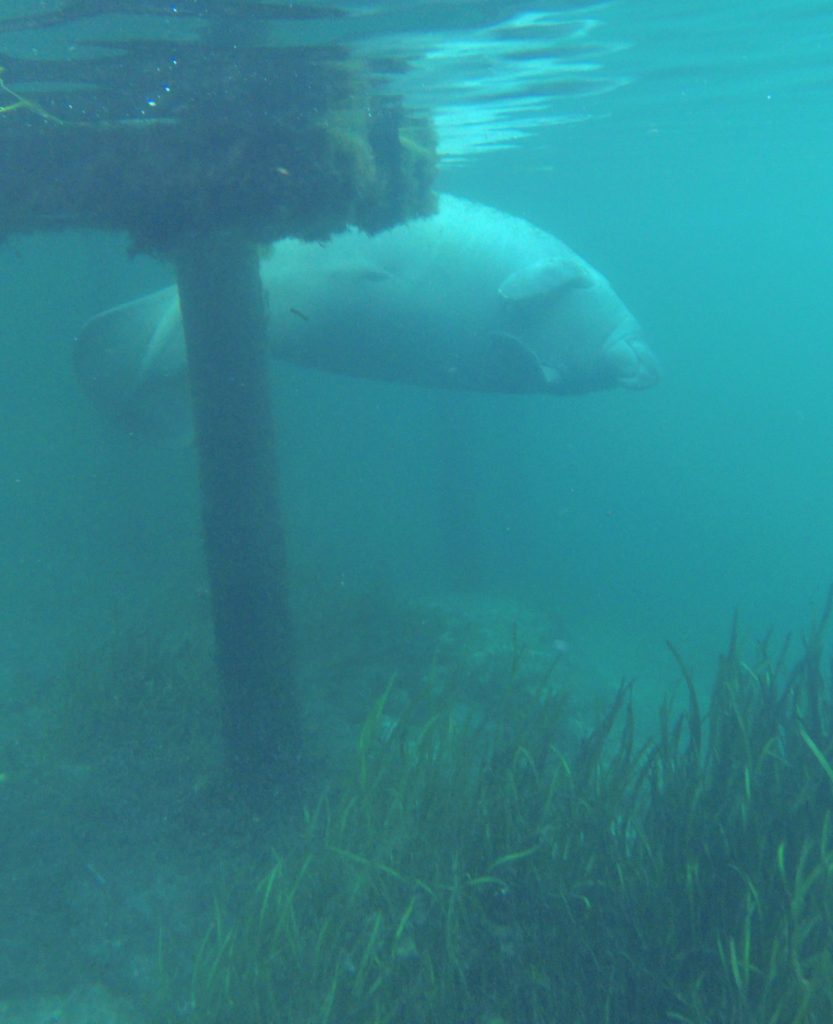 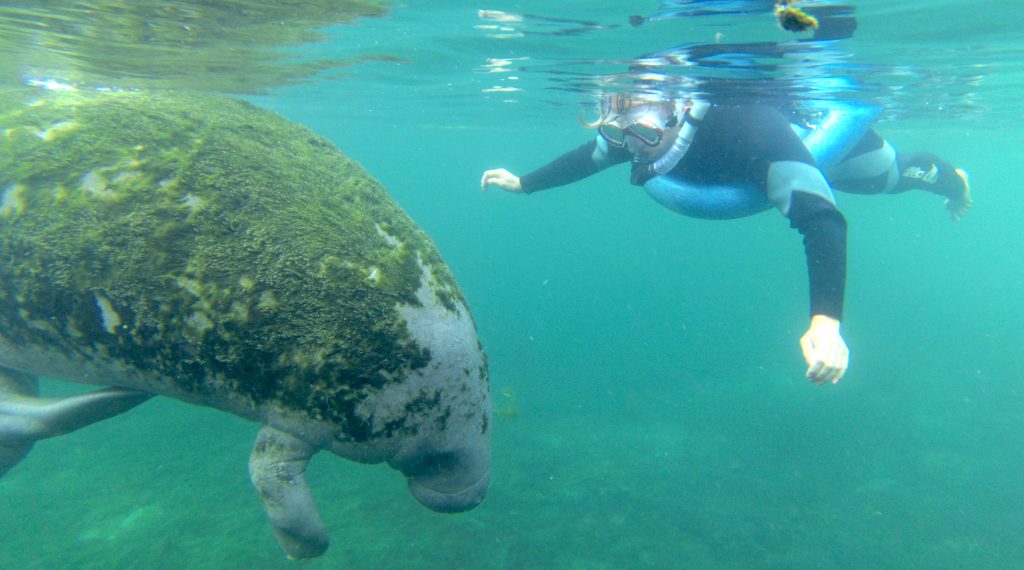 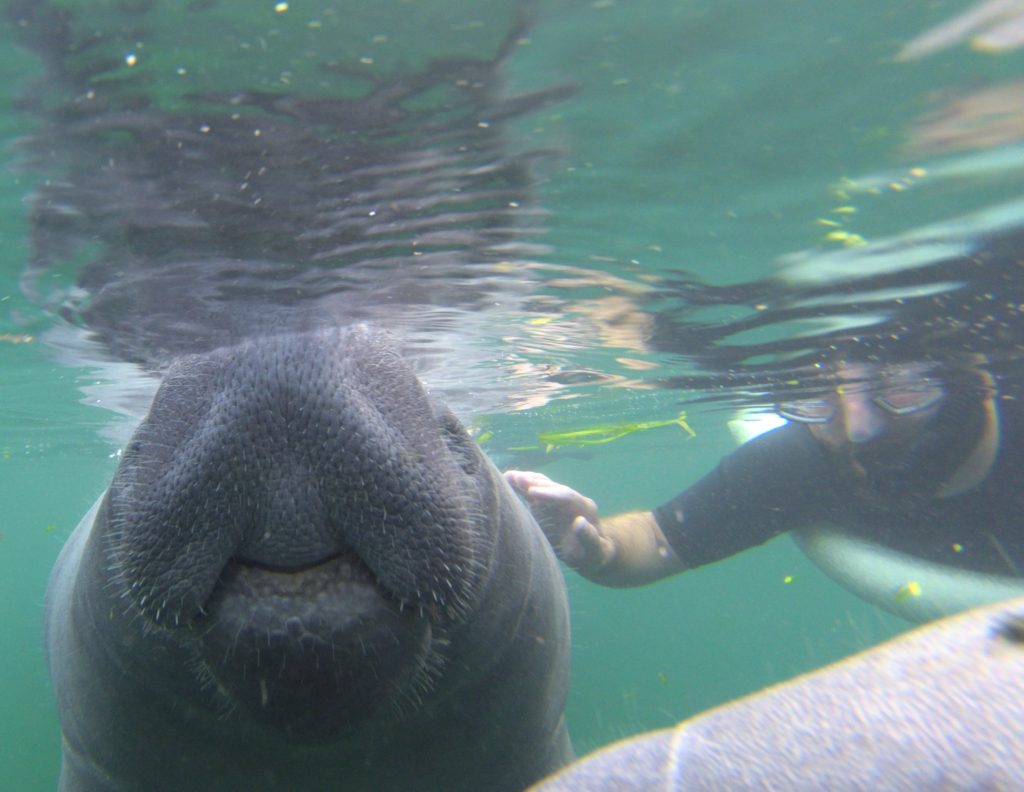 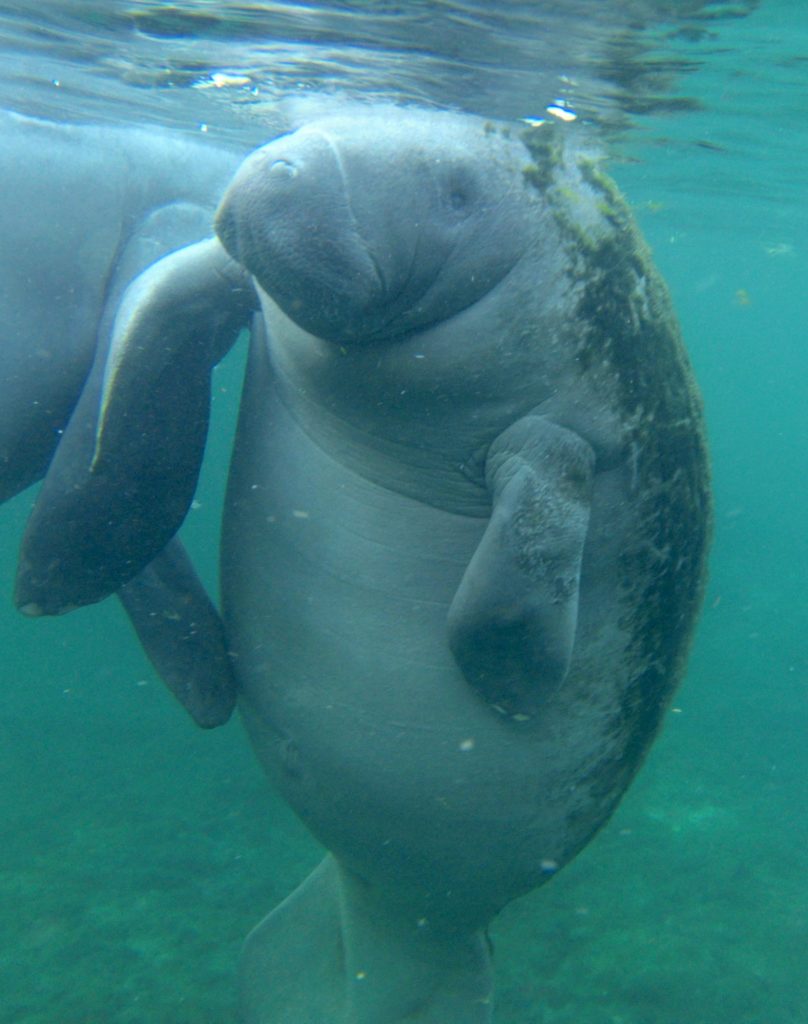 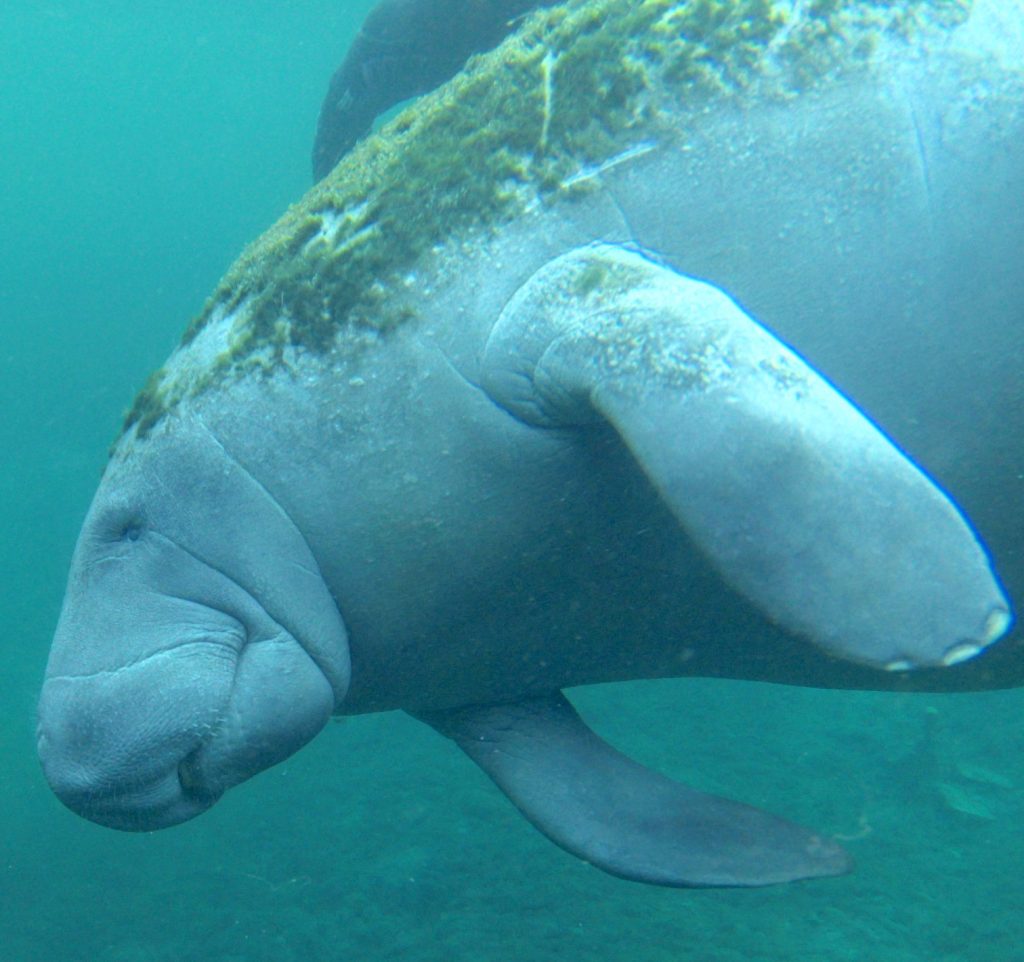 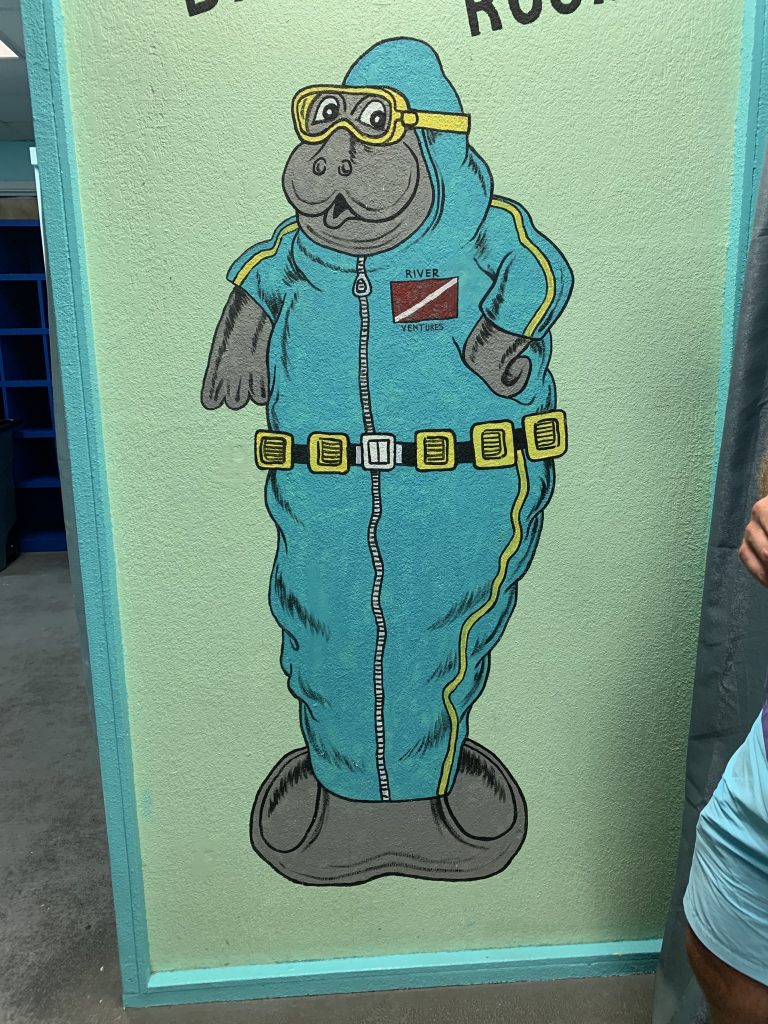 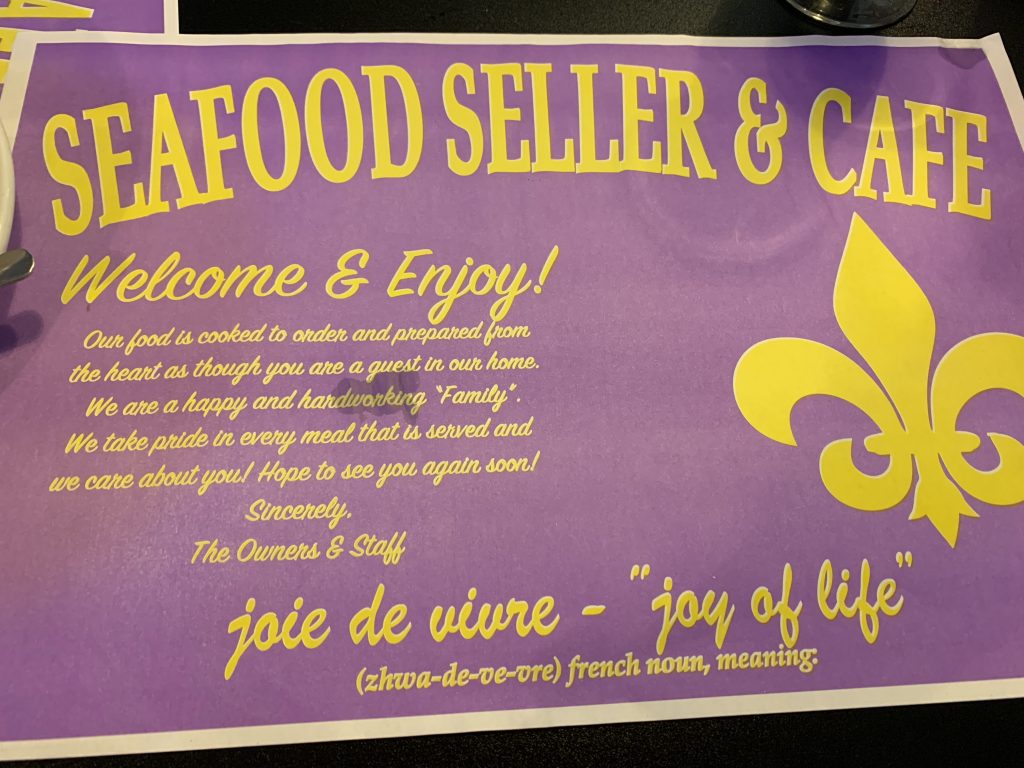 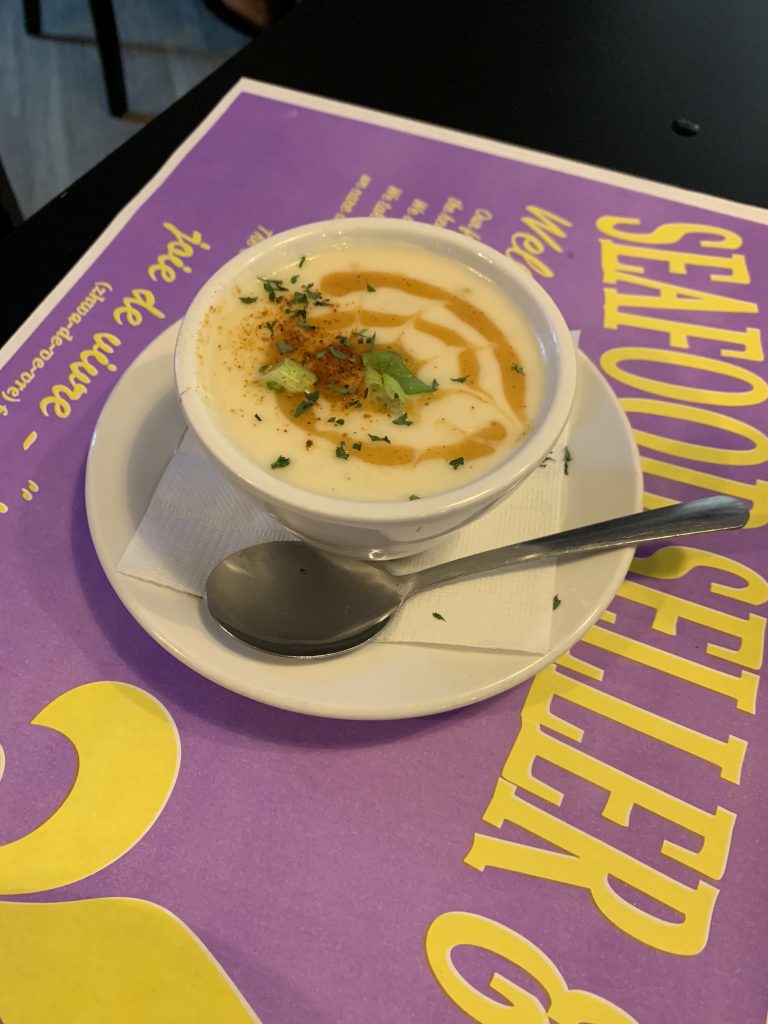 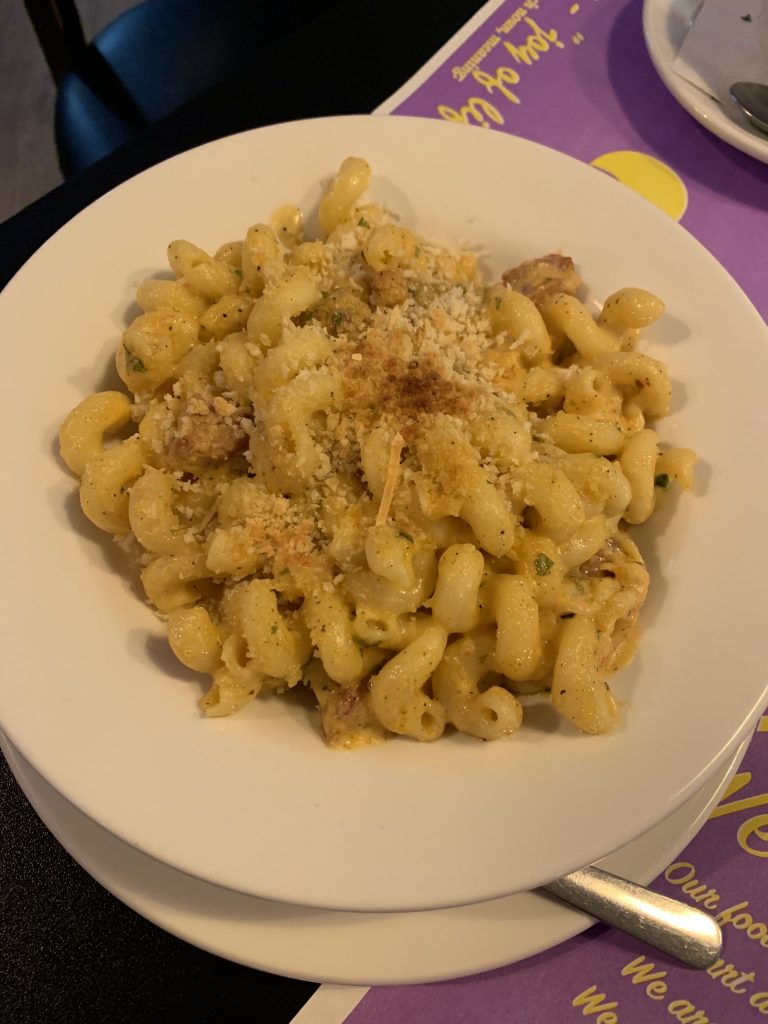