The sun rises late in Lubbock. We got up bright and early so we could have most of the day in Santa Fe. However, before we left Lubbock, Rebecca suggested we stop by Prairie Dog Town. The park opens at dawn but we found out that sunrise wasn’t until 7:45. So after a coffee run, we found ourselves at Prairie Dog Town.

Unfortunately, it was only 27 degrees and the prairie dogs were nowhere to be found. They were smartly tucked up in their burrows. 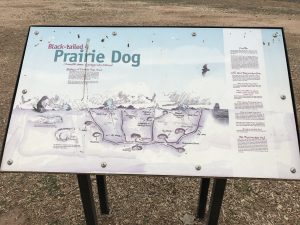 We tried to encourage them to come out with cheetos but they weren’t having any of it. So we bundled up back into the car and set off for the west. 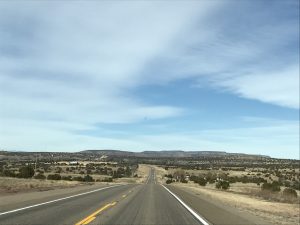 When we arrived in Santa Fe we went straight to the Museum of Indian Arts and Culture. They have an exhibit called Here, Now, and Always that talks about how Native American culture is changing and what it looks like now. We weren’t allowed to take any photos but it was an interesting mix of historical artifacts and current day homes and art. They also had an exhibit of modern Native American art. 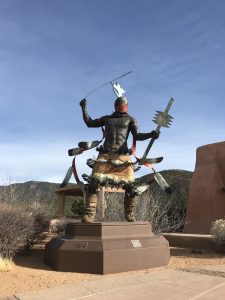 It was very interesting to read what the artists had to say about “The disappearing Indian”. They made comments about how they are criticized for not staying true to their ‘culture’ when their culture is just evolving. It gave us a lot to consider.

We left the museum and headed into town to check into our hotel. It was a beautiful place with a fire place, a sunroom, and a back courtyard. 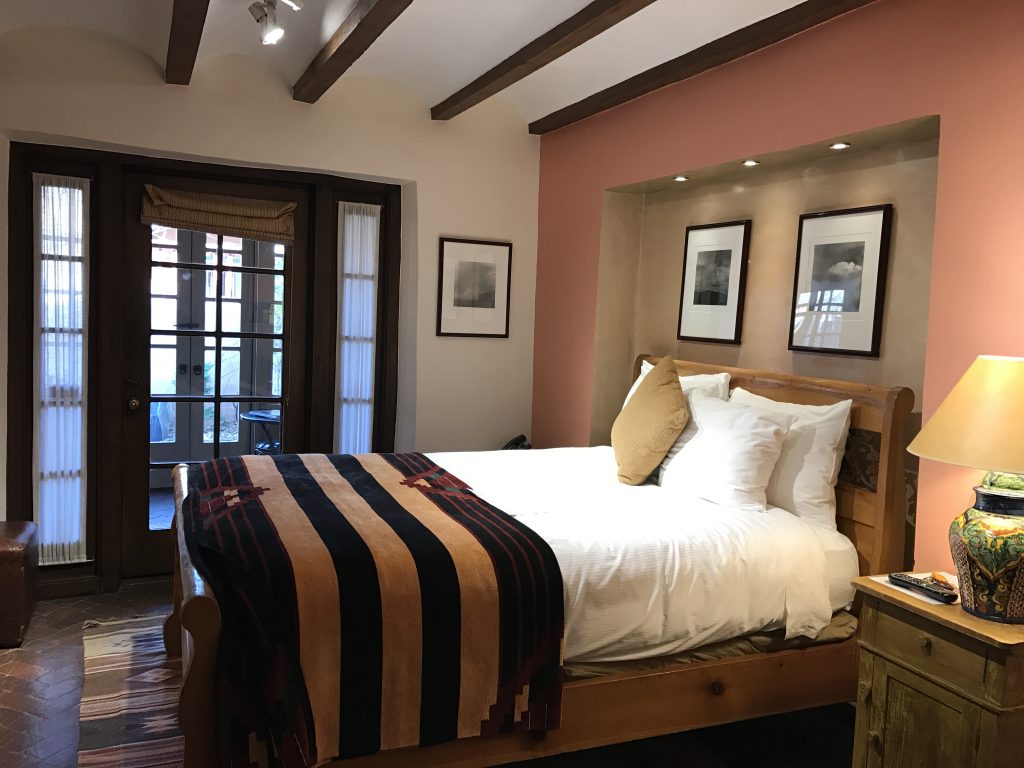 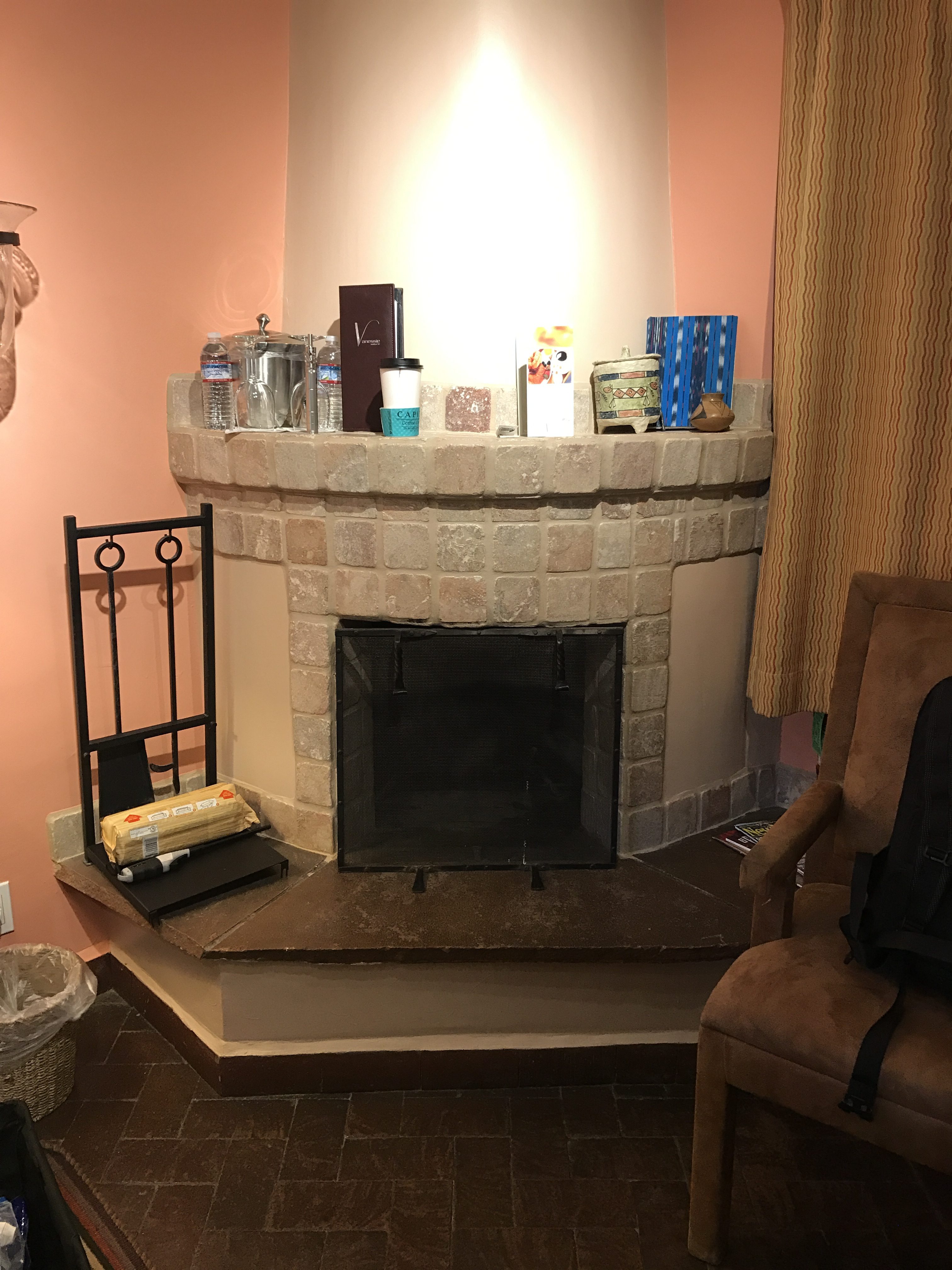 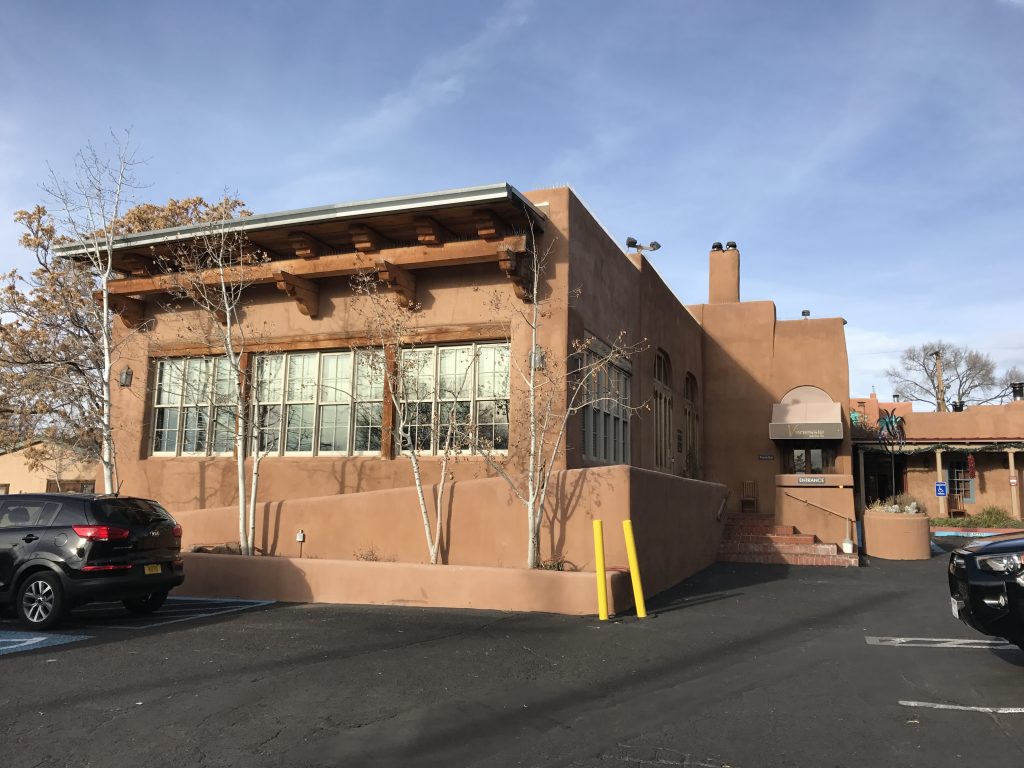 We stayed long enough to set down our stuff before heading to the Plaza. The Plaza is famous for its artisans and shops. I wanted to make it there in time to shop with some of the local craftsman before they all left for the day. There were a lot of beautiful native crafts. It was hard to decide who to shop with but I ended up with some lovely gifts. We explored some of the other shops before walking over to Tomasita’s for dinner. Our friend, Erin, grew up in the area and recommended the restaurant. It was great. Ryan had chalupas and I had tomales with local made chile sauce. 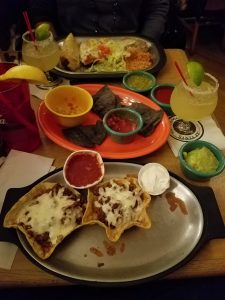 It was all delicious and ended with sopapillas and Texas honey. To work off all the food, we walked back to the Plaza to see the Christmas lights. They had the trees decorated and many buildings had artificial luminaries on top. It was lovely. 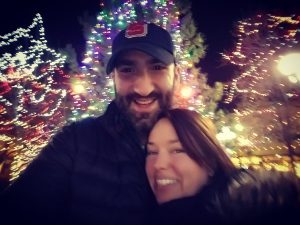 After the lights we walked back to the hotel to check out the piano bar. After all the wonderful parts of the day, we could have done without her. She was playing “On My Own” from Les Mís as we walked up. That should have been a good sign of what to expect. So we stayed for one drink and then called it a night. We turned in early so we could rest up for our big adventure in Arizona the next day.

What is your favorite downtown to visit for Christmas lights? 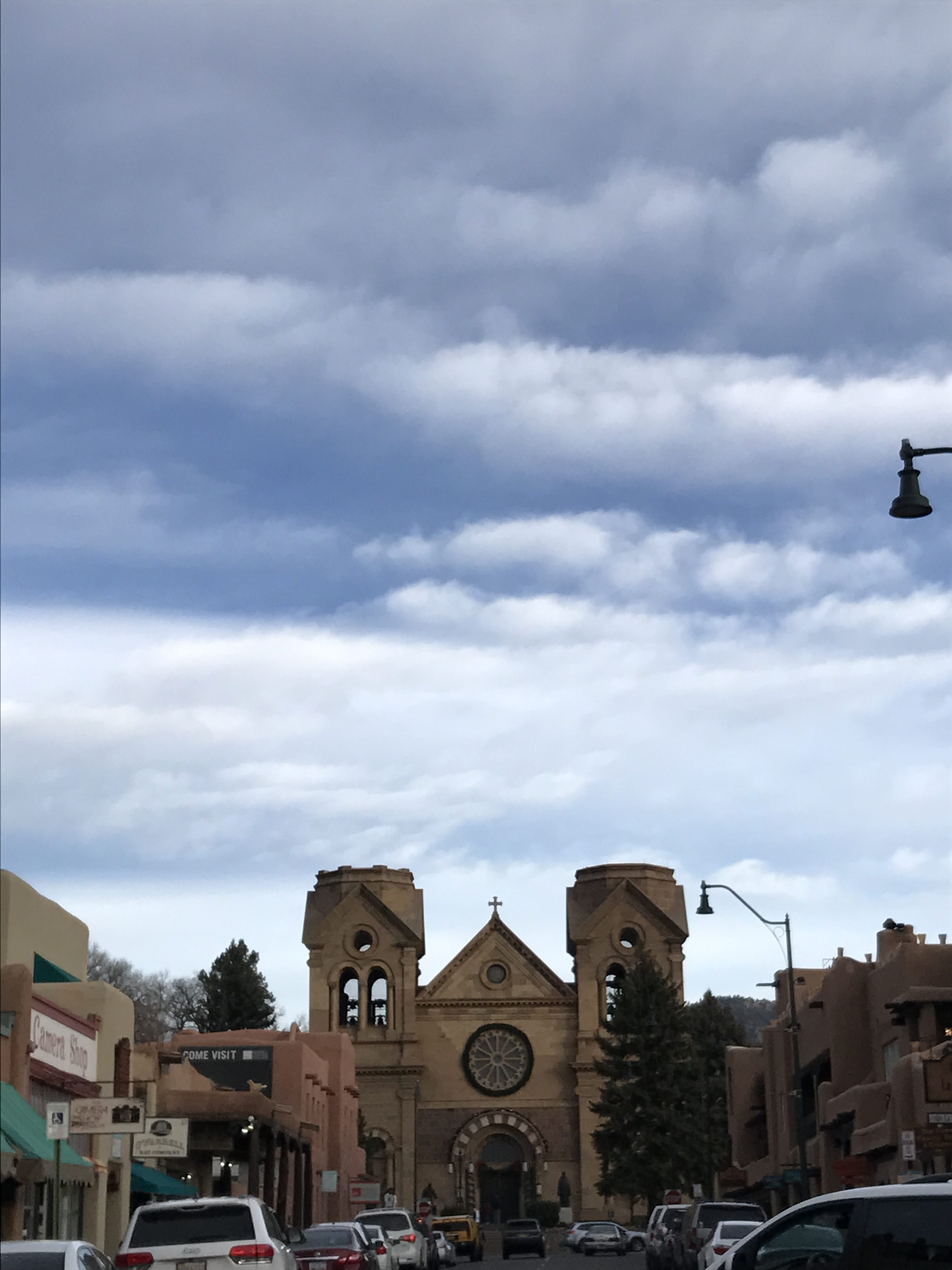 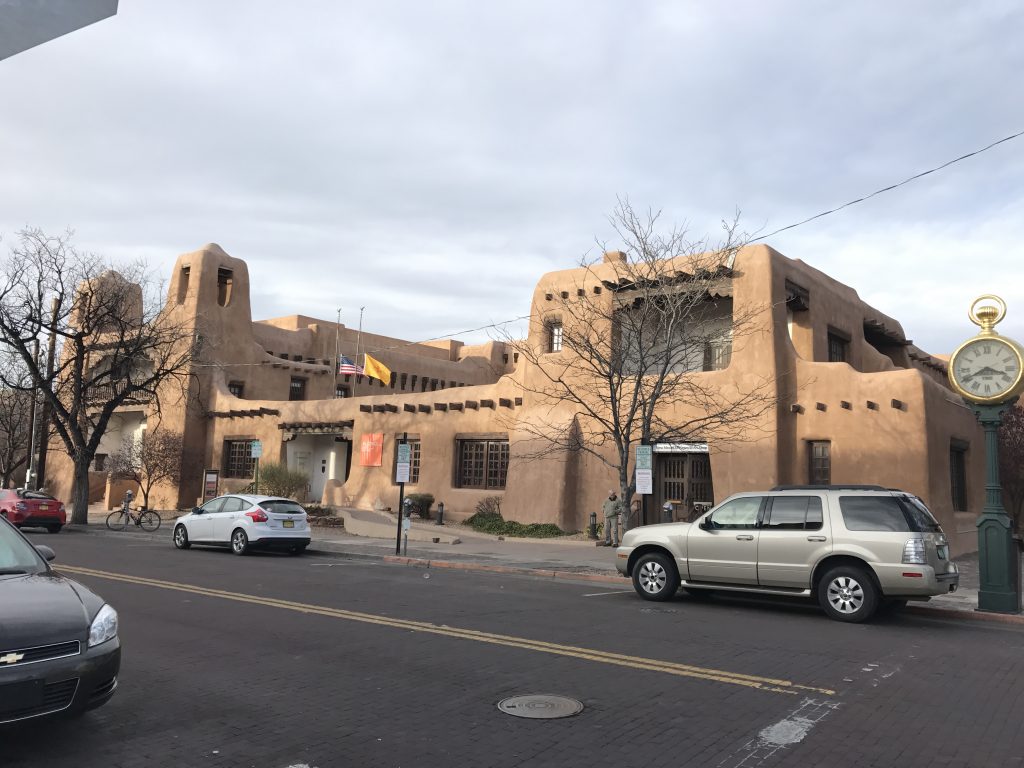 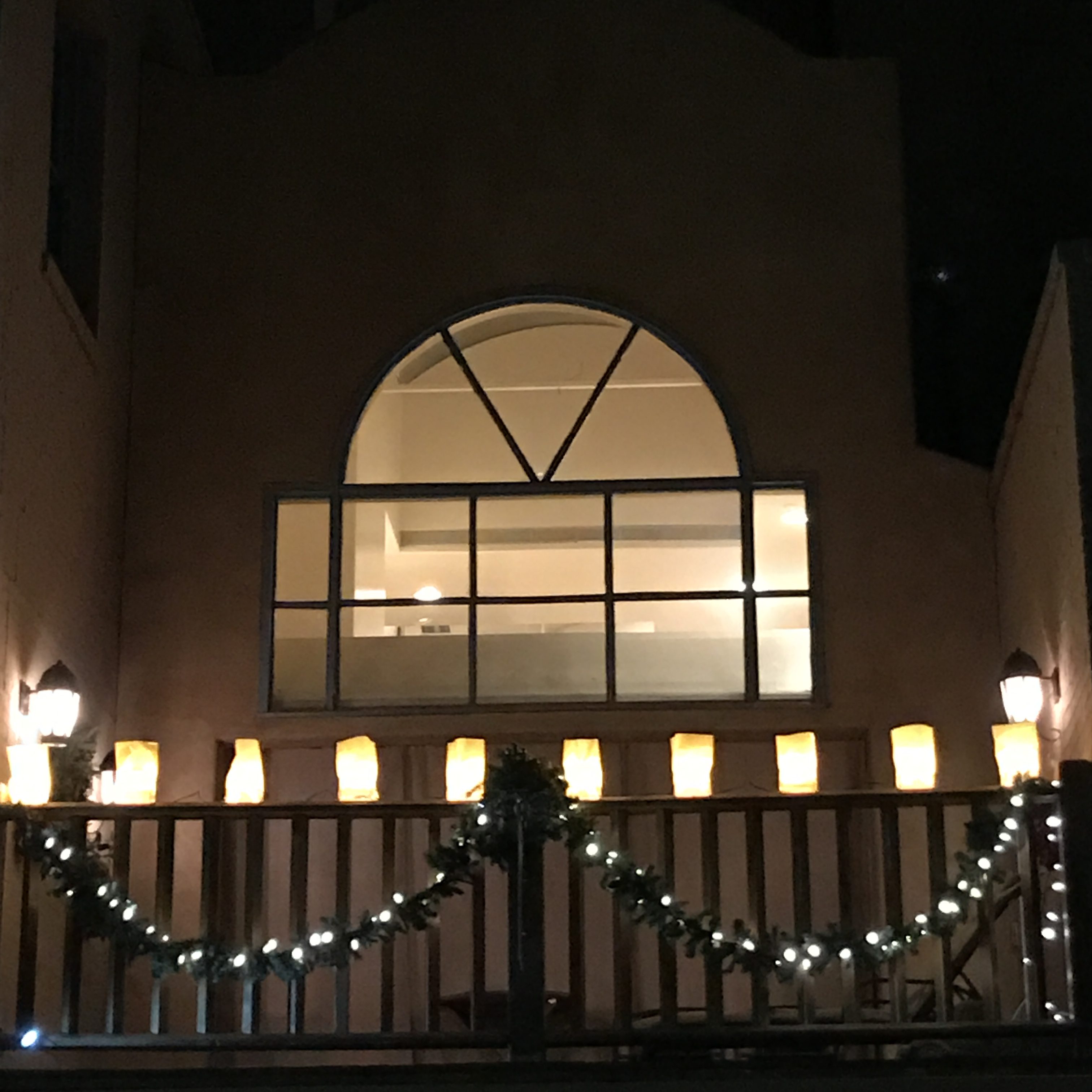 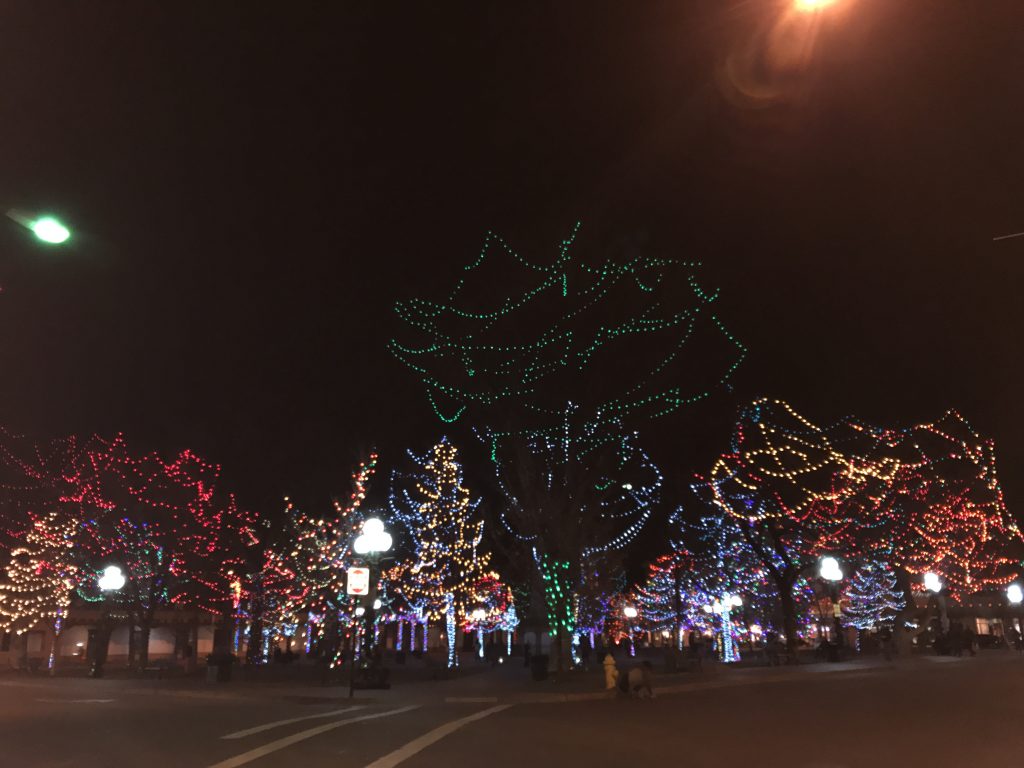 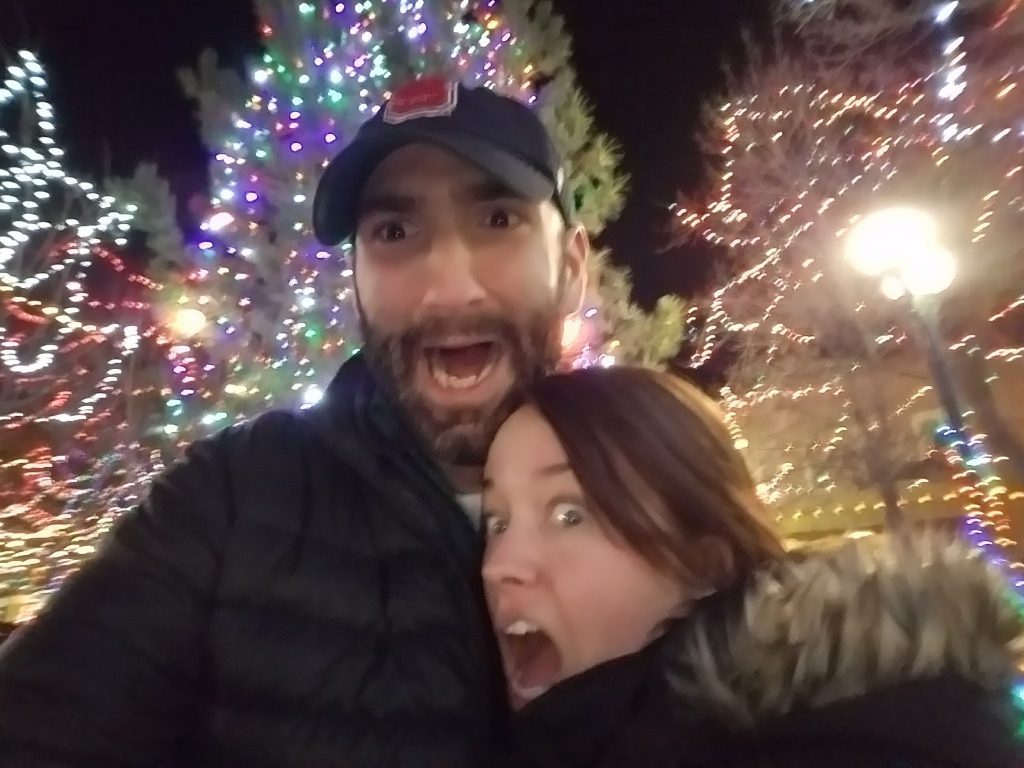 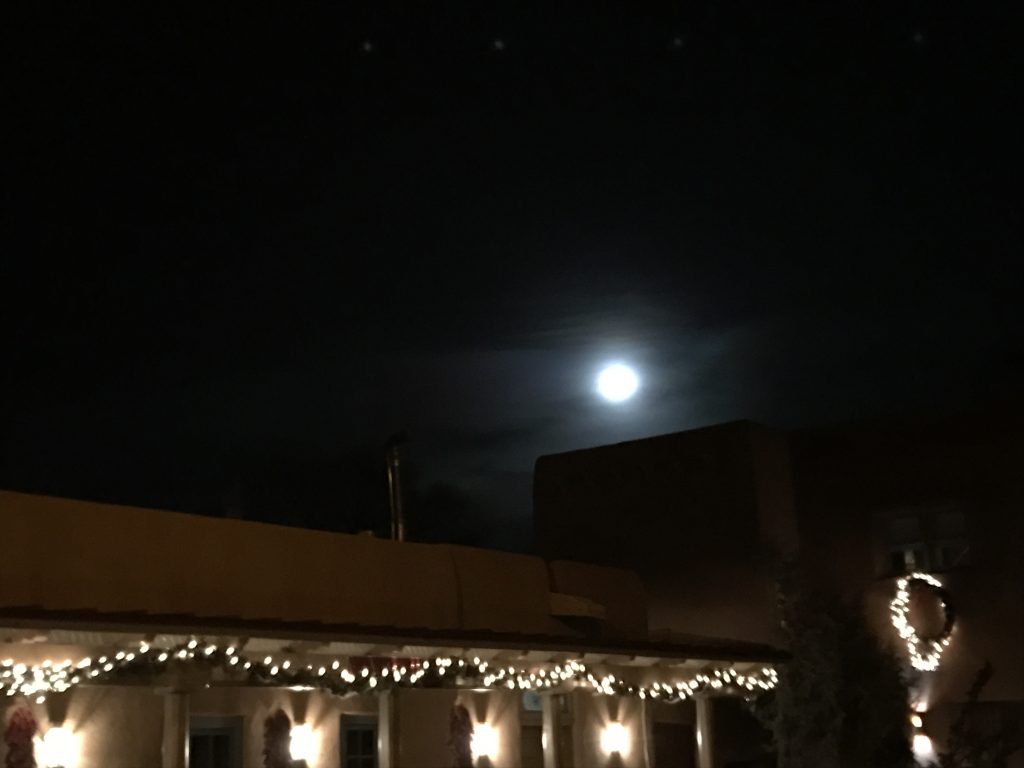 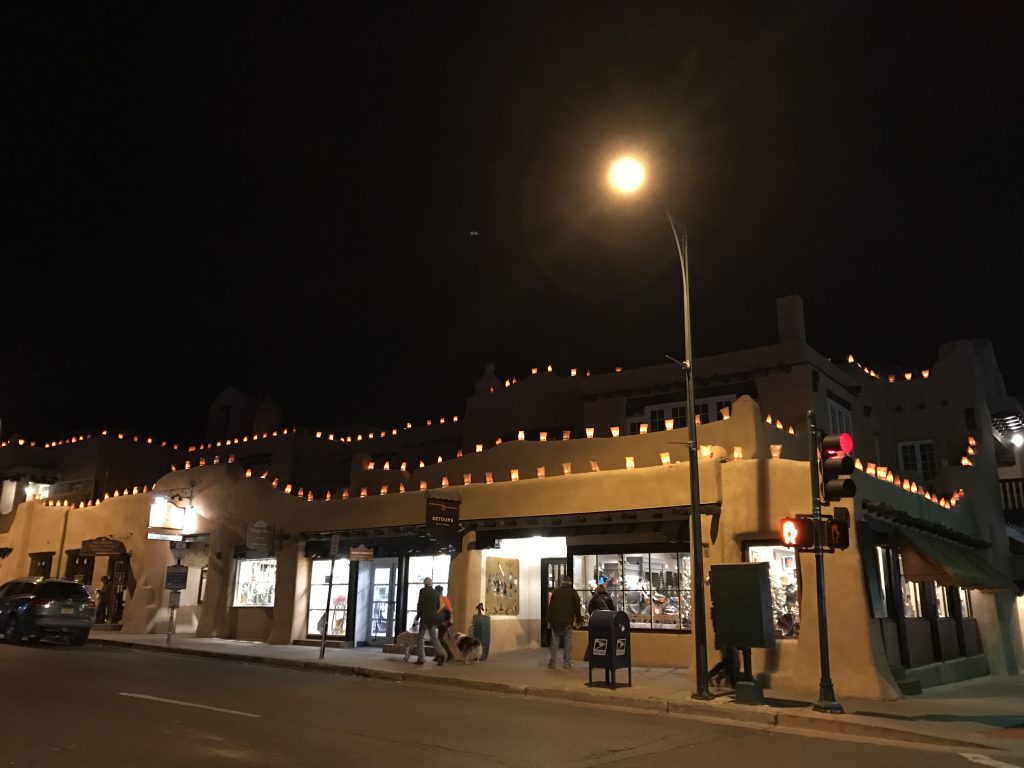