I have been on break since December 9. That is entirely too long. I was supposed to start back at school today but we had an extra day of break: it snowed. I grew up near Chicago. It would start snowing around Halloween and continue until around Easter. In fact, here’s a photo of the year we were hula girls in turtle necks: 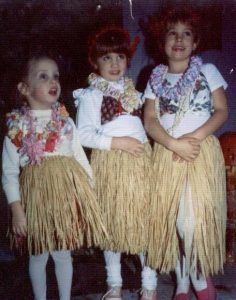 So, I’m not new to snow. Unfortunately, this part of the country can’t say the same. Anytime it sounds like there “might” be snow, people start freaking out. So we had a pretty good idea that things were going to shut down this weekend. I packed up some food and candles (just in case) and headed over to Ryan’s for a little staycation.

We decided to have a date night before things got really bad. We ventured out into the rain for some sushi and ended up at Sushi-O over on Glenwood. I love sushi and tend to lean towards ones with tempura in them but that’s not so good for Ryan and being gluten free. However, after talking to our waiter we came up with some good recommendations: The good roll (which we thought was great) and the sea world. 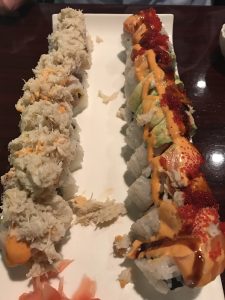 The good roll had blue crab on it and was Ryan’s favorite. I really enjoyed the sea world, although we ordered it without jalapeños because I’m lame.

When we finished our sushi we headed over to C. Grace, where we met on our very first date. C. Grace is a classic jazz club that often has live music. We like to sit in the back where there are super comfy couches and you can still hear each other speaking. Since it was rainy with a chance of snow I ordered the evening’s special: a hot buttered rum. I’ve never had one before. It was quite nice however I think the limit I could drink is one because they are so rich! 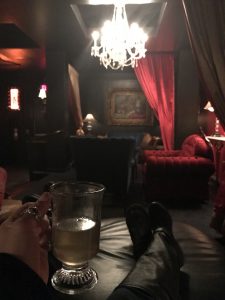 We left C. Grace to hunker down for the rest of the weekend.

Saturday was a nice lazy day. There wasn’t that much snow early in the morning but it started snowing again around 10 and kept going. It was really pretty and I spent a lot of time watching out the window and getting distracted. You’d think this was my first snow fall.

We didn’t want to deal with the craziness out on the streets so we stayed in. Ryan made a great breakfast and then we spent the day playing a zombie video game called “How to Survive“. It’s probably a bad idea to start getting hooked on video games right at the beginning of my last semester of course work but we had a great time.

Saturday night we made a Mexican fiesta! Ryan made margaritas, refried beans, and heated up some queso. We also used my dad’s homemade salsa to make a cheater guacamole. It was great. 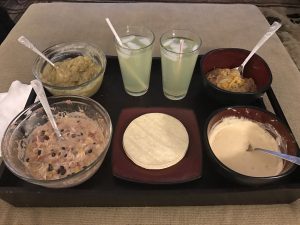 The bottom left bowl is the “Amazing Chicken with Chicken”. I’ll explain the name at another point but for now, how about the recipe? 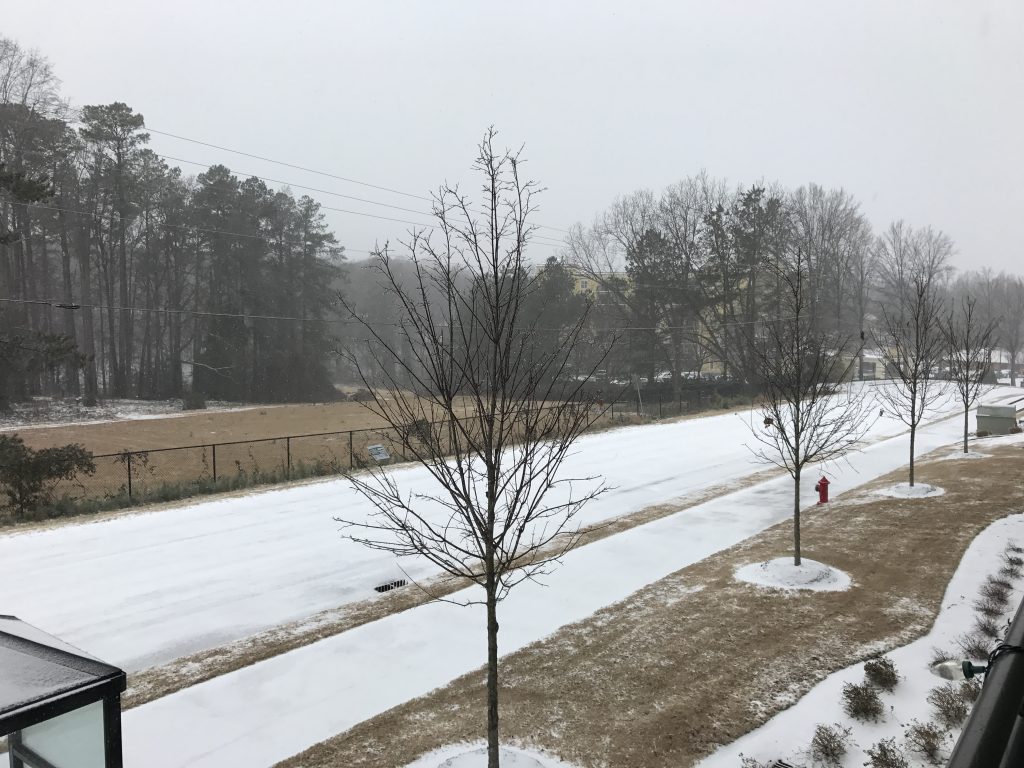 Sunday morning brought a special treat. Ryan made Funfetti pancakes. As he doesn’t eat gluten, this was a particularly special treat as he found a gluten free pancake mix. 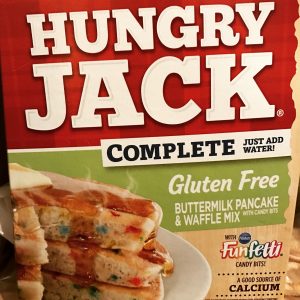 We had a great time making them except he has a super sensitive smoke alarm in his apartment. Which decided to go off…. thankfully it didn’t set off the whole building as we didn’t want to be responsible for turning everyone out into the snow. He had only finished 3 pancakes when we decided we needed a different approach. So I put the rest of the batter into a cupcake tin and baked them. They turned out pretty well. In fact, we ate them before I could get a photo.

I had only brought enough food for two nights, so we decided to venture into the outside world for a grocery store that evening. The roads weren’t too bad, however most of the ice was on the downhill side of the road. 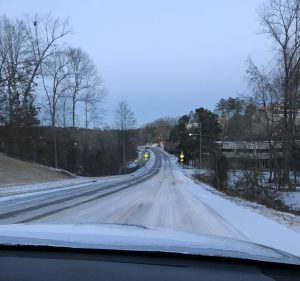 Thankfully, Ryan’s truck is set up for this. We made it back home, had a delicious frozen pizza dinner, and decided to top off the weekend by making some mulled wine. It turned out pretty well! I thought the mix had too much sugar but it seemed pretty bitter so I added a little honey. Ryan seemed to enjoy it anyway. 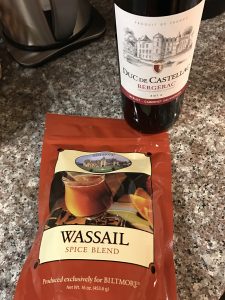 Today, even though State was canceled, we did a bunch of work. I had a team phone call at 10 since we haven’t met since December. After breakfast we both did work on the couch for most of the day. However, I started feeling guilty that my cat was home with my roommate and I hadn’t checked on them since Friday. So we drove over to my place so I could check on everyone. It turns out that Ryan’s parking lot was a lot messier than ours was.

After meeting with my class online instead of on campus, we ended the day at the restaurant next to Ryan’s complex. We considered walking down, but the sidewalks looked worse than the roads. It’s a good thing we opted to drive as we had some synchronized sliding on our way to the car. Every time we slipped on the ice this weekend, it was right at the same time. It was pretty entertaining. Our snowy weekend was topped off with queso and margaritas- about as far from snow as you can get. 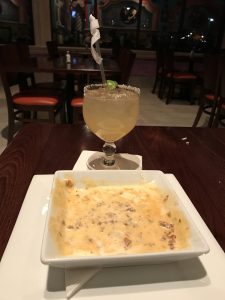 We didn’t end up playing in the snow or building any snowmen. However, after all of our traveling in the last month, it was really nice to stay home and relax all weekend. And who wants to be cold and wet anyway? (Mostly kidding).

What’s your favorite way to spend a staycation?